Walmart CEO Doug McMillon said in a memo to employees that "the status quo is unacceptable" in regards to gun safety. 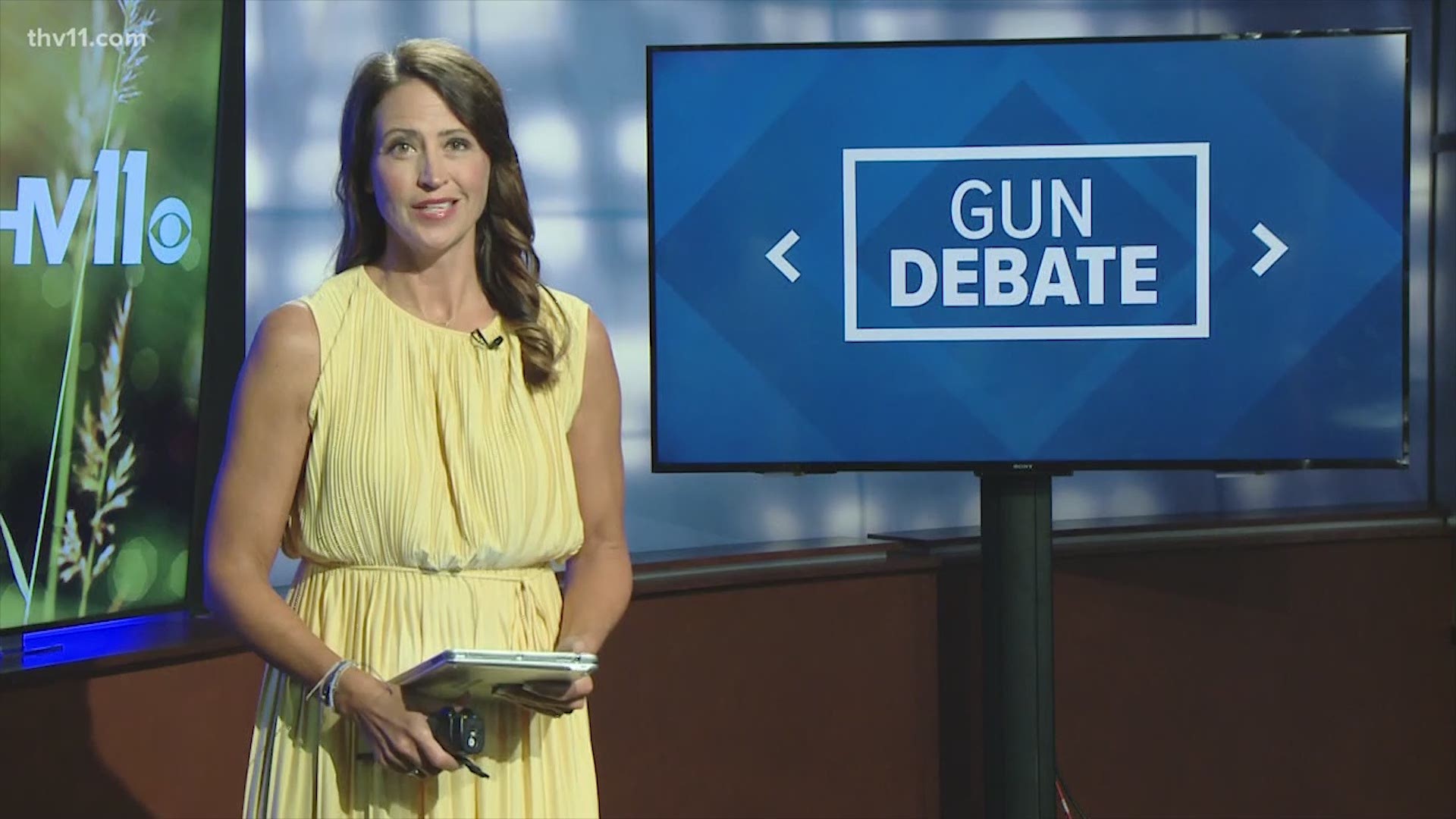 The announcement from Kroger and Walmart comes days after a mass shooting in Odessa, Texas where seven people were killed.

In a memo sent to Walmart employees, CEO Doug McMillon cited the El Paso, Texas shooting at a Walmart store where 22 people were killed and 48 more injured and another store shooting in Mississippi for the next steps for the chain's policy changes.

"We've also been listening to a lot of people inside and outside our company as we think about the role we can play in helping to make the country safer," McMillon said in the memo. "It's clear to us that the status quo is unacceptable."

In addition to no longer selling handgun and short-barrel rifle ammunition, Walmart will stop selling handguns entirely by discontinuing sales in Alaska.

"Our remaining assortment will be even more focused on the needs of hunting and sport shooting enthusiasts. It will include long barrel deer rifles and shotguns, much of the ammunition they require, as well as hunting and sporting accessories and apparel," McMillon said.

McMillon also said the chain is "respectfully requesting that customers no longer openly carry firearms into" Walmart or Sam's Club stores where open carry is permitted.

In response to Walmart's announcement, the NRA responded by saying it's "shameful to see Walmart to succumb to the pressure of the anti-gun elites." The NRA also claimed that "Walmart's actions today will not make us any safer."

"Lines at Walmart will soon be replaced by lines at other retailers who are more supportive of America's fundamental freedoms," NRA said in a statement posted to Twitter.

After the Parkland, Florida shooting that killed 17 people on February 14, 2018, Dick's Sporting Goods announced a ban on selling assault weapons in its stores and raised the minimum age to purchase guns to 21. The Washington Post reported in August 2019 that Dick's same store sales increased 3.2% in the second quarter.

Rachel Siegel with The Washington Post wrote that these "results suggest that critics have abandoned any outrage against the retailer" after Dick's decision on its policies on selling guns.

Kroger, which followed Walmart's decision a day later, said it is "respectfully asking" customers to not openly carry firearms in it stores. Last year, Kroger banned guns sales to anyone younger than 21 at its Fred Meyer stores.

Jessica Adelman, Kroger's group vice president of corporate affairs, said in a statement to MSNBC that, "We are also joining those encouraging our elected leaders to pass laws that will strengthen background checks and remove weapons from those who have been found to pose a risk for violence."

"Kroger has demonstrated with our actions that we recognize the growing chorus of Americans who are no longer comfortable with the status quo and who are advocating for concrete and common sense gun reforms," Adelman said.