Each year, the Saturday before Easter Sunday is recognized as Confederate Flag Day in Arkansas. This bill, if approved, would remove that recognition. 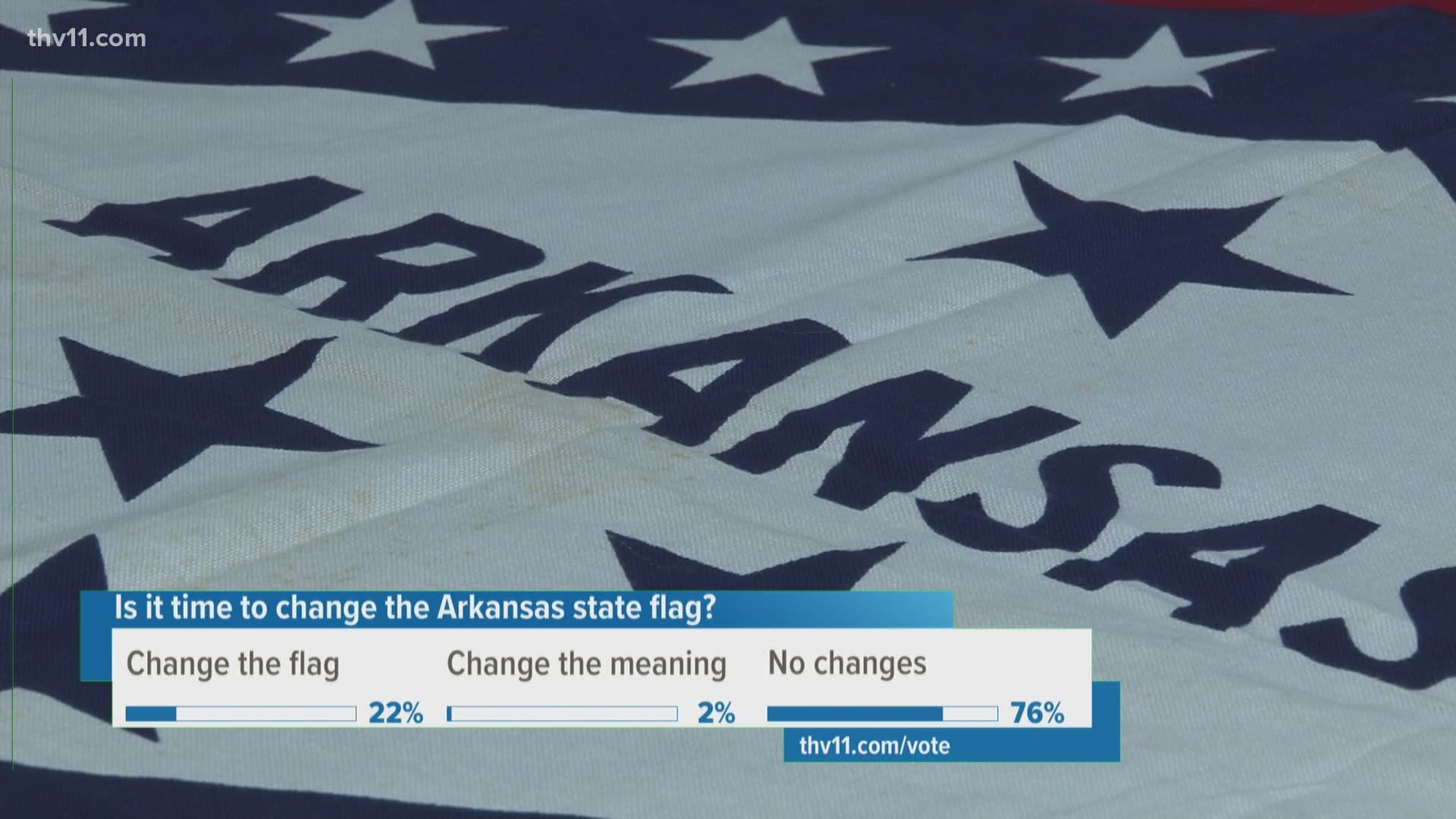 Every year, the Saturday before Easter Sunday is recognized as Confederate Flag Day in Arkansas.

After the killing of George Floyd in Minneapolis, a Black man who was killed by a white police officer in May 2020, the nation saw an uptick in Confederate flags and statues being removed.

While some see the flag as a symbol of Southern pride, the flag also has a dark history to it.

For decades, the Confederate flag -- with its red background, blue X, and white stars -- has been waved by the Ku Klux Klan, neo-Nazis, and other white supremacists who oppose equal rights.

Confederate flags have been banned recently in several places across the United States, such as NASCAR events and military installations.

A variety of large retailers, like Amazon and Walmart, also no longer allow the flag or any Confederate merchandise to be sold.

In late June of 2020, lawmakers in Mississippi voted to replace their Confederate-themed state flag.

Two bills were presented in 2019 alone to change the meaning of the fourth star, but both were blocked by the committee before they ever saw the floor.

RELATED: Yes, there's a nod to the Confederacy on the Arkansas state flag

If the bill proposed on Friday gets passed by the committee and eventually makes its way to the governor's desk, Arkansas could potentially see the removal of one of its ties to the Confederacy.