The U.S. Department of Justice on Thursday challenged the law banning gender-affirming healthcare for minors in Arkansas. 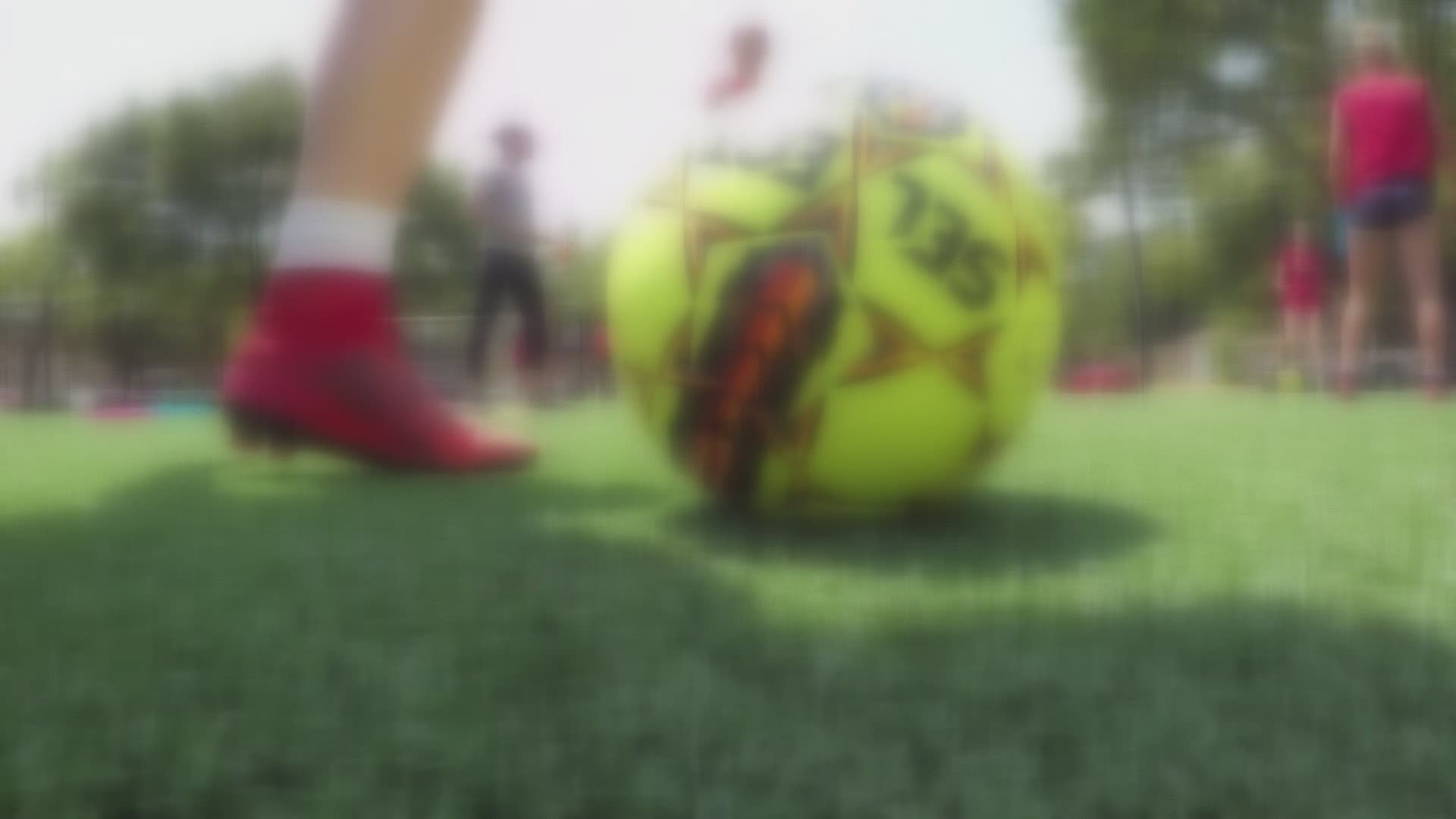 CHARLESTON, W.Va. — The U.S. Department of Justice on Thursday challenged bans involving transgender people that target athletes in West Virginia and children in Arkansas, slamming them as violations of federal law.

The department filed statements of interest in lawsuits that seek to overturn new laws in those states. In West Virginia, a law prohibits transgender athletes from competing in female sports. Arkansas became the first state to ban gender-confirming treatments or surgery for transgender youth.

The DOJ said the laws in both states violate the equal protection clause of the 14th Amendment. It also said the West Virginia law violates Title IX, which prohibits discrimination on the basis of sex in any education program or activity receiving federal funds.

And in a third case, West Virginia's Supreme Court on Thursday reinstated a lawsuit filed on behalf of a transgender male student who said an assistant principal harassed him when he tried to use the boys bathroom.

The American Civil Liberties Union, its West Virginia chapter and LGBTQ interest group Lambda Legal challenged the athlete ban on behalf of an 11-year-old transgender girl who had hoped to compete in cross-country in middle school.

“A state law that limits or denies a particular class of people’s ability to participate in public, federally funded educational programs and activities solely because their gender identity does not match their sex assigned at birth violates both Title IX and the Equal Protection Clause," the Justice Department filing said. The state law “does exactly this.”

In Arkansas, the ACLU filed a lawsuit last month challenging the transgender youth prohibition, which is set to take effect on July 28. It prohibits doctors from providing gender confirming hormone treatment, puberty blockers or surgery to anyone under 18 years old, or from referring them to other providers for the treatment.

The ACLU filed the lawsuit on behalf of four transgender youth and their families, as well as two doctors who provide gender confirming treatments. The lawsuit argues the prohibition will severely harm transgender youth in the state and violate their constitutional rights.

“A state law that specifically denies a limited class of people the ability to receive medically necessary care from their healthcare providers solely on the basis of their sex assigned at birth violates the Equal Protection Clause,” the Justice Department filing said. “These restrictions explicitly target transgender people.”

Republican lawmakers enacted the ban in April, overriding a veto by GOP Gov. Asa Hutchinson. The Arkansas governor vetoed the ban following pleas from pediatricians, social workers and the parents of transgender youth who said the measure would harm a community already at risk for depression and suicide.

Hutchinson said the law went too far, especially since it wouldn’t exempt youth already receiving the care. Gender confirming surgery is currently not performed on minors in Arkansas.

“The Biden Administration’s brief makes the frivolous argument that it does," Stephanie Sharp, a spokesperson for Rutledge, said in a statement. “But that brief illustrates the weakness of its position - so weak that the Administration resorts to pages of personal attacks against Arkansans’ elected representatives."

Several other states also have enacted bills this year over school sports participation bans. South Dakota Gov. Kristi Noem implemented the move by executive order. Other states, including Kansas and North Dakota, passed bans only to have them vetoed by the governor.

In February, the Biden administration withdrew government support for a federal lawsuit in Connecticut that seeks to ban transgender athletes from participating in girls high school sports. A federal judge dismissed that lawsuit in April.

The West Virginia Secondary School Activities Commission, which oversees scholastic sports, said earlier this year that it had not received any complaints about transgender athletes on girls teams.

Several Democrats said the West Virginia bill was discriminatory, but supporters have argued that transgender athletes would have physical advantages in female sports.

Republican Gov. Jim Justice signed the bill despite warnings from some lawmakers that the NCAA could retaliate and decide not to hold college tournaments in the state. Justice had said that while it concerned him that the state could miss out on a sporting event, he believed the benefits of the law “way outweigh the bad part of it.”

In the transgender bathroom case, the West Virginia Supreme Court reinstated some negligence claims and sent the lawsuit back to a lower court for further proceedings. A circuit judge had dismissed the lawsuit, saying the Harrison County school board was immune from liability for the actions of an assistant principal.

The lawsuit filed on behalf of student Michael Critchfield accused the board of failing to create a safe school environment. The ACLU had said Liberty High School Assistant Principal Lee Livengood followed Critchfield into the boys bathroom in November 2018 at the school and said, “You freak me out.” Critchfield said he also was ordered to prove his gender by using a urinal. He was 15 at the time.

An attorney for Livengood had previously argued that his client was unaware of Critchfield’s gender identity and was not told of an arrangement Critchfield had with the principal to use the boys restrooms.