According to the Pulaski County Clerk, 4,705 people have applied for absentee voting this year. At this time in 2016, only 1,500 had applied. 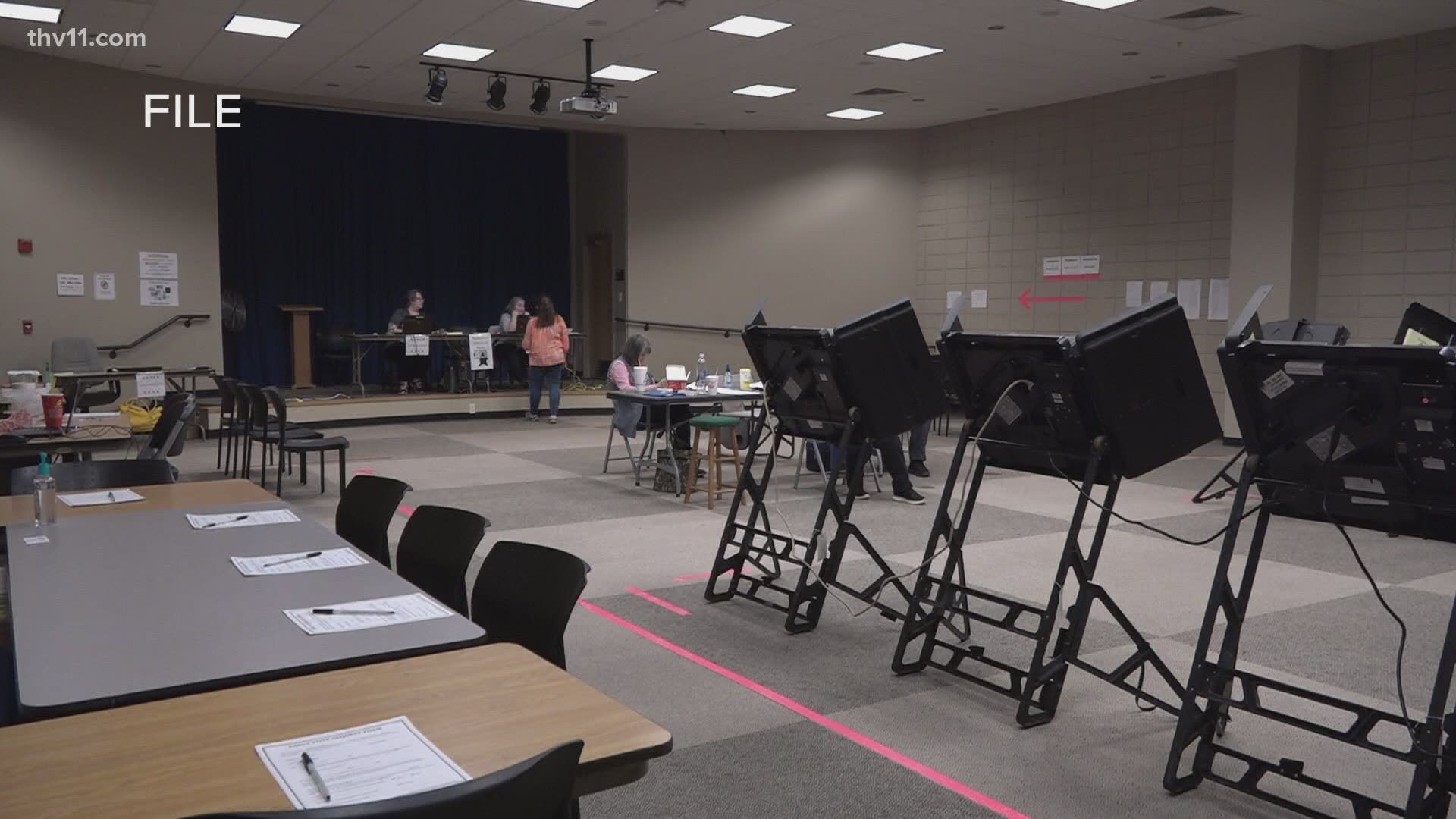 November 3 probably seems too far down in the calendar year for most of us to even start thinking about, but for county clerks and election commissioners across the state, that day keeps getting closer and closer as different roadblocks head their way.

RELATED: You can vote by absentee ballot in Arkansas due to coronavirus this November

"These past couple of months have been nerve-wracking, exciting," Pulaski County Clerk Terri Hollingsworth said.

She described it as a mix of emotions as her office prepares for the big Tuesday.

Hollingsworth and her staff have been spending their days getting the word out about absentee voting and conducting voter registration zoom meetings, as well.

"Just trying to think of ways that we can be innovative and make sure that people have a safe voting experience," she said.

An experience that's going to look different for the 252,000 registered voters in Pulaski County.

That number, according to Hollingsworth, includes a spike of 766 just in the past 30 days.

"It's exciting, people are interested, people wanna vote and that's why we're here," she said.

Absentee voting is also up by 205%. Hollingsworth said this year they have 4,705 people who have applied for absentee voting and at this time in 2016, they only had 1,500.

"That has been, like I said, the nerve-wracking, scary part of even promoting the absentee ballot process because then it's like, okay, how are we going to pay for it?" she said.

There's only enough money budgeted for 9,000 absentee ballots, which is why Hollingsworth and other clerks across the state requested more funding from the governor.

For now, they are encouraging voters who aren't in the high-risk categories for COVID-19 to participate in early voting.

Haley said while there are many different concerns, there is one that is far exceeding the rest.

"The main worry is having enough poll workers. Most of the poll workers are retired, most are in their 70's, at least, and that's the risk area," he said.

So far, 25% of their usual poll workers have declined to work this year, which meant on Wednesday the election commission voted unanimously to shut down eight of their election day polling sites.

According to Haley, each site needs two to three more workers for cleaning.

"We will do everything possible to make sure everybody is safe," he said.

Haley is encouraging everyone in Garland County to go to garlandcountyvote.org, where you will find a list of all the details on how to vote and safety measures they are taking at the polls.

If you are interested in volunteering at a poll site in Garland County, you can contact the election commission's office at 501-622-3622.