Animal Protection Police went to the neighborhood after getting calls that the large turtle had been seen in the residential area. 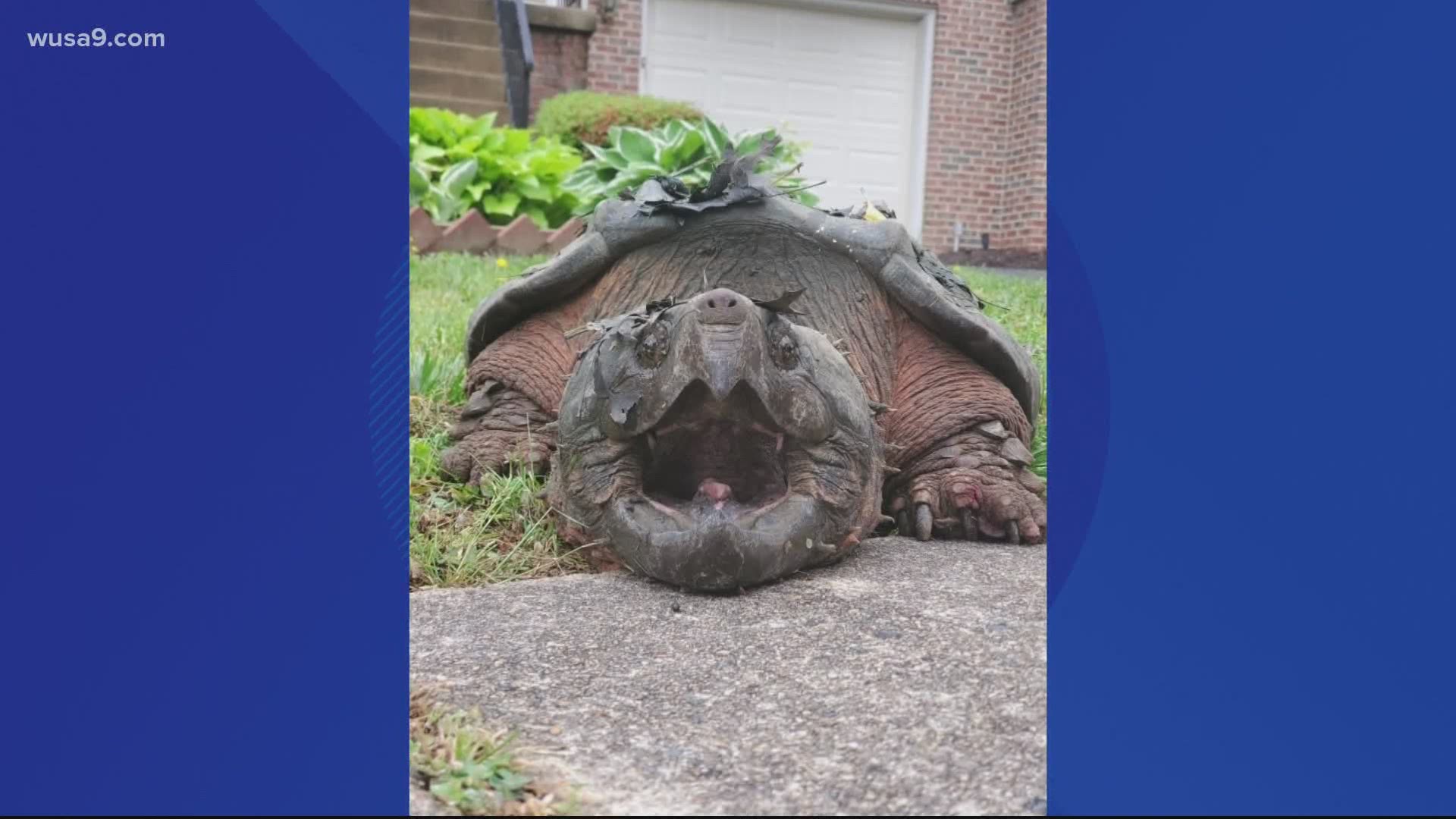 FAIRFAX COUNTY, Va. — A 65-pound alligator snapping turtle was found in a residential neighborhood of Alexandria, Virginia, according to Fairfax County Police.

Animal Protection Police from Fairfax County went to the neighborhood after multiple calls came from the community about a large turtle in the area.

The Virginia Department of Game and Inland Fisheries has taken control of the animal and explained why both law enforcement and residents were surprised to see that type of turtle in the area.

"The “common” snapping turtle (Chelydra serpentina) is the species native to Virginia, while the alligator snapping turtle is native to river drainages that flow in the Gulf of Mexico, east to Georgia and the panhandle of Florida, and westward to East Texas," according to Virginia Department of Game and Inland Fisheries.

Officials do believe this was a pet turtle that was no longer wanted.

Turtle species have been popular pets for Americans since the late 1960s when millions of red-eared sliders were sold across the world and the U.S.

The turtle, now named Lord Fairfax, was taken to The Virginia Zoo in Norfolk, where its new home will be for now, according to the agency.

An alligator snapping turtle can weigh up to 200 pounds and live from 50 to 100 years.

RELATED: Maryland and Northern Virginia adjusting to business amid Phase 2 of COVID-19 reopening

RELATED: Phase 2 reopening: Here's what the first day looked like in Alexandria