Yes, kids are more at risk of developing CTE if they play football

The danger is damage to the brain. A serious brain disease called CTE. Here's why kids are more at risk. 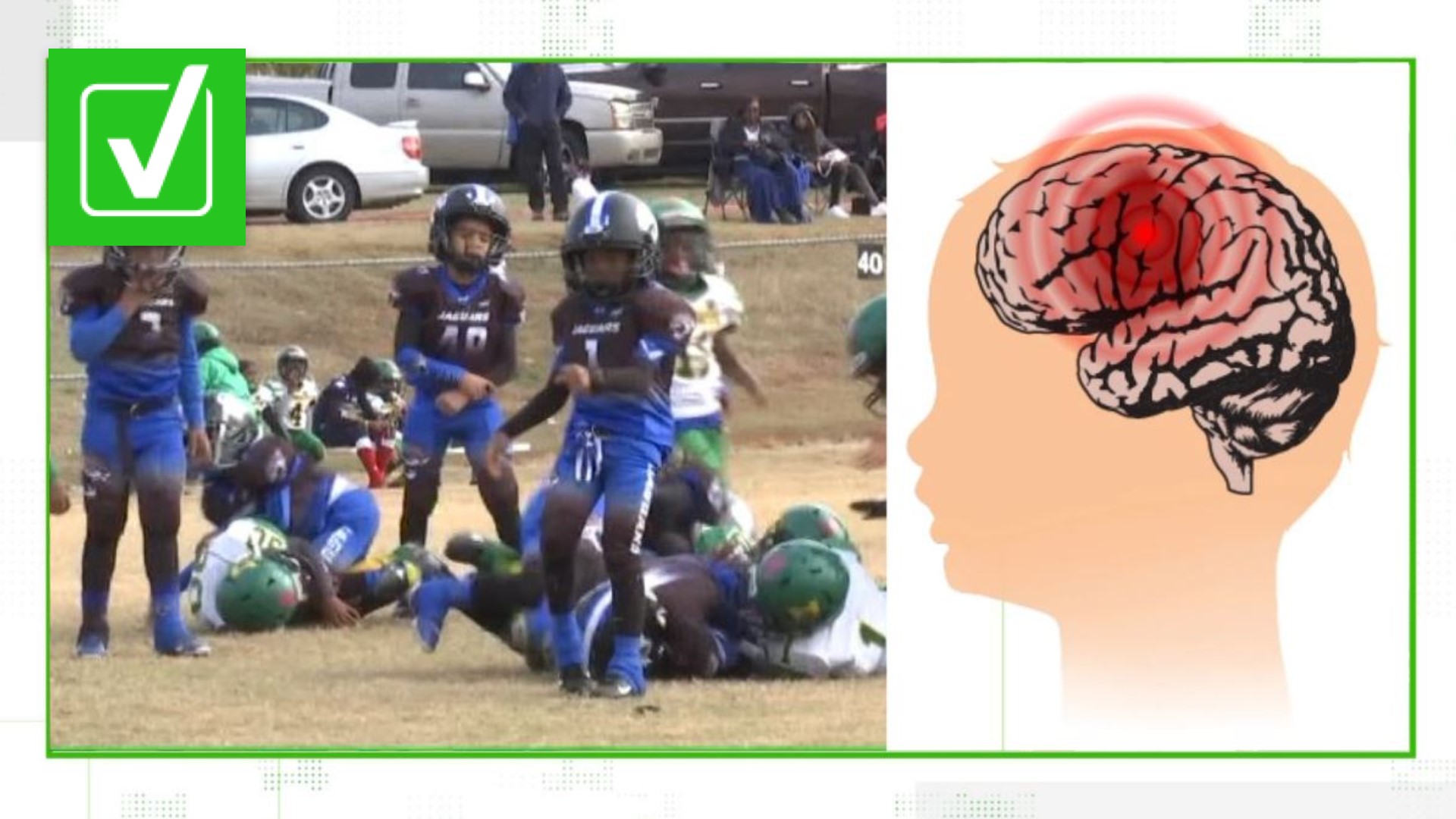 So is this true?

Our VERIFY team went to the experts to find out.

Are youth football players more at risk for developing CTE?

Yes, this claim is true. Because a child's brain is still developing, they do have a higher risk of developing CTE. A study found tackle football players are 15 times more likely to suffer head injuries as well.

First let's explain what CTE is.

Doctor Michael Yochelson with the Shepherd Center says it's a brain disease caused by concussions. Symptoms develop over time and can be pretty serious.

"They may start to have problems with cognition. So developing dementia, they can develop Parkinsonism. So movement disorders, tremors, they can develop more serious psychological or psychiatric issues," Dr. Yochelson explained.

So are athletes under the age of 14 more at risk for CTE?

"I think that we still don't know for sure what the magic number is," Dr. Yochelson said.

He says any contact sport increases your child's chance of concussion and CTE.

The reason, is their brains are still developing.

"If children begin to have concussions at an earlier age, it may have a greater, more lasting impact," Dr. Yochelson said.

He says the younger they start, the more concussions they could have over time.

A new report from the CDC found kids in tackle football are 15 times more likely to suffer head injuries.

RELATED: With a smile and with confidence, injured athlete vows to walk again

A study by the Journal of the American Medical Association found 21-percent of high school football players had CTE.

The tricky thing is, it's hard to know if your child has it.

"At this time, still the most reliable way to make the actual diagnosis is an autopsy," said Dr. Walter Royal, a Neurologist from Morehouse School of Medicine.

Doctor Royal says you can reduce your child's risk by making sure they wear protective gear and get proper treatment for any head injury.

To avoid the risk of CTE, the CDC has multiple recommendations for parents. They say you should look for non-contact options like flag or touch football, research concussion safety, speak to your children about concussion safety, and "choose a sports program that enforces rules for safety and avoids drills and plays that increase the risk for head impacts."

So, we can VERIFY, younger kinds in contact sports are at a higher risk for developing CTE.

Our VERIFY team is here to fact-check claims being shared in the community and online. Fill out the form below with something you'd like us to Verify.