University of Central Arkansas interim head basketball coach Anthony Boone has a new title as of Monday. He is officially the head coach of the Bears. 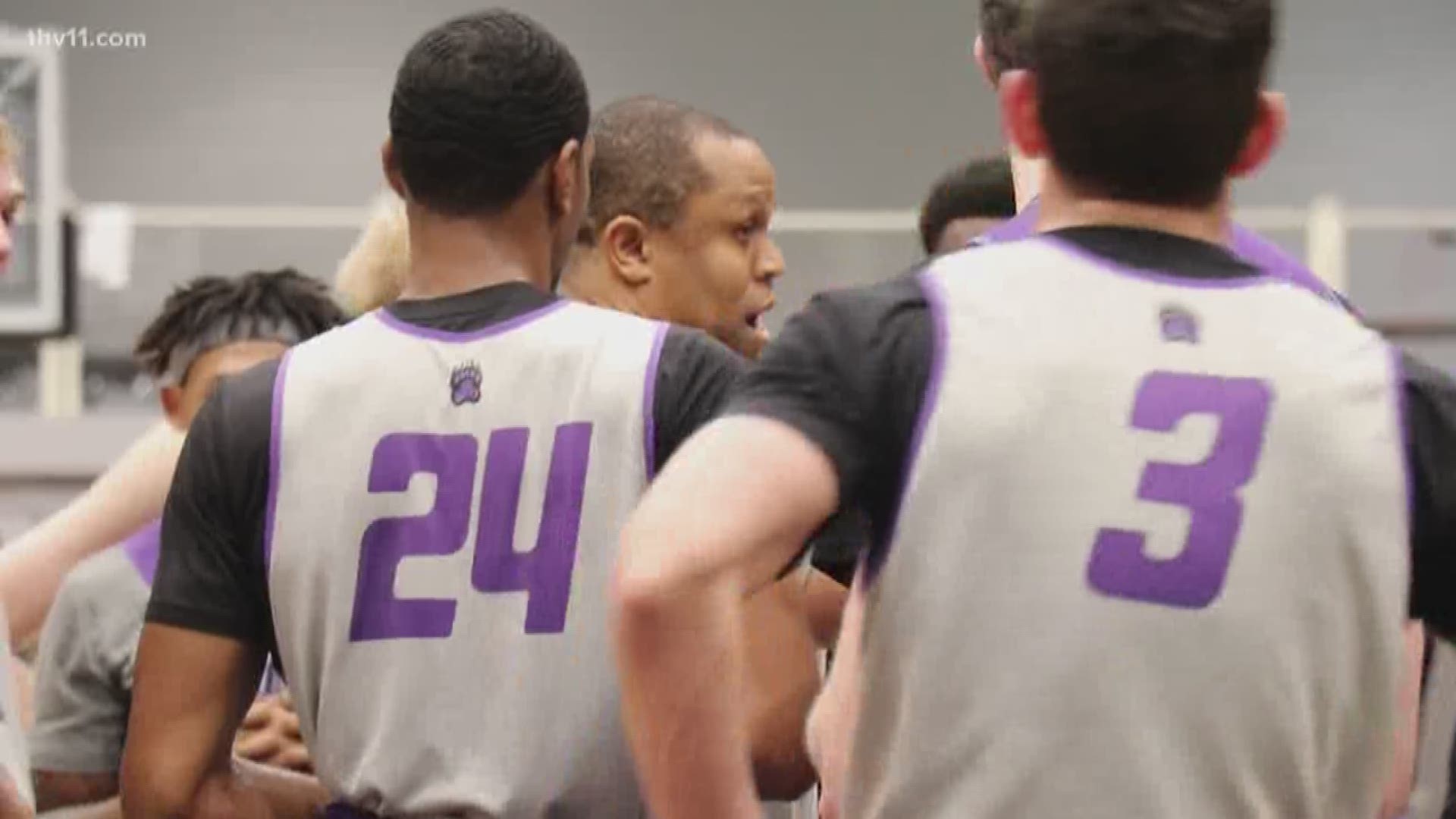 University of Central Arkansas interim head basketball coach Anthony Boone has a new title as of Monday. He is officially the head coach of the Bears.

Dr. Brad Teague, UCA's director of athletics, announced at the weekly Bear Backers luncheon that the interim tag has been removed from Boone's title.

Boone, a West Helena, Ark., native, took over as interim coach in December 2019 when head coach Russ Pennell took a leave of absence from the program. Pennell and UCA agreed to part ways for good in early January, and Boone and the rest of the coaching staff guided the program to a 9-13 record over the final 22 games of the season, including a 7-3 mark at home at the Farris Center.

"Coach Boone did an outstanding job this conference season with our men's program,' said Teague. "He took a tough situation and created a bond with our team. I have great confidence Coach Boone will continue to bring great character student-athletes to our program and lead them in a professional manner.

"Coach Boone is active in our community and on this campus. He embodies what we look for in a head coach to model to our student-athletes. We are proud to announce Anthony Boone as our head men's basketball coach.'

Boone served as associate head coach for the previous five seasons before taking over in December. A former basketball player at Ole Miss, Boone also coached previously at Grand Canyon University, Murray State and Jackson State after serving as a graduate assistant at his alma mater.

"I told the guys (players) that I've been very appreciative of their efforts,' said Boone.  "They have been absolutely great. So many times when something like this comes up, most of the time that team will end up splintering because people will go searching out their own agendas, and (coaching) staffs will go searching out their own agendas. But I've been very blessed to have very unselfish players. And our staff was great and very supportive.

"I've been ready for this for a while, yet I still think deep down, I'm not deserving to have such great people around me. Our student-athletes here _ and with every team, but certainly with ours _ our student-athletes are incredible. We were just lucky that we were able to assemble a great group of young men. The staff we have is incredible. They way they threw themselves into the work as soon as the transition started was something to behold. Something that I was amazed by when we started back in late December.

"I'm just so thankful for this opportunity, for Dr. Teague and everyone to consider me to take on this role. Again, I've been ready for this for a while, but I still an in awe and I'm in shock and I'm so thankful. Because I think this place is really what college athletics is supposed to be about. UCA is the perfect spot to demonstrate to everyone what programs are supposed to be about. And I'm very thankful for this opportunity.

Despite undergoing four knee surgeries during his playing career, Boone started 79 of 94 games at Ole Miss. Even with relatively modest career averages of 7.2 points and 4.8 rebounds, his inspirational play was recognized by the retirement of his number (41) — only the second student-athlete to be so honored by the school (quarterback Archie Manning, the father of NFL quarterbacks Peyton an Eli Manning, was the first).

After his senior season, Boone was one of seven finalists for the Chip Hilton Award, given annually by the Basketball Hall of Fame to a player who demonstrates character on and off the court. He is a member of the Ole Miss Hall of Fame and twice was selected for the Southeastern Conference Academic Honor Roll.

Boone has a bachelor's degree in chemical engineering and a master's in mathematics, both from Ole Miss. He was class salutatorian at Central High School in West Helena, Ark., where he was an all-state athlete. Boone and his wife Jennifer have two daughters, Rebecca (16) and Lyndsey (9).