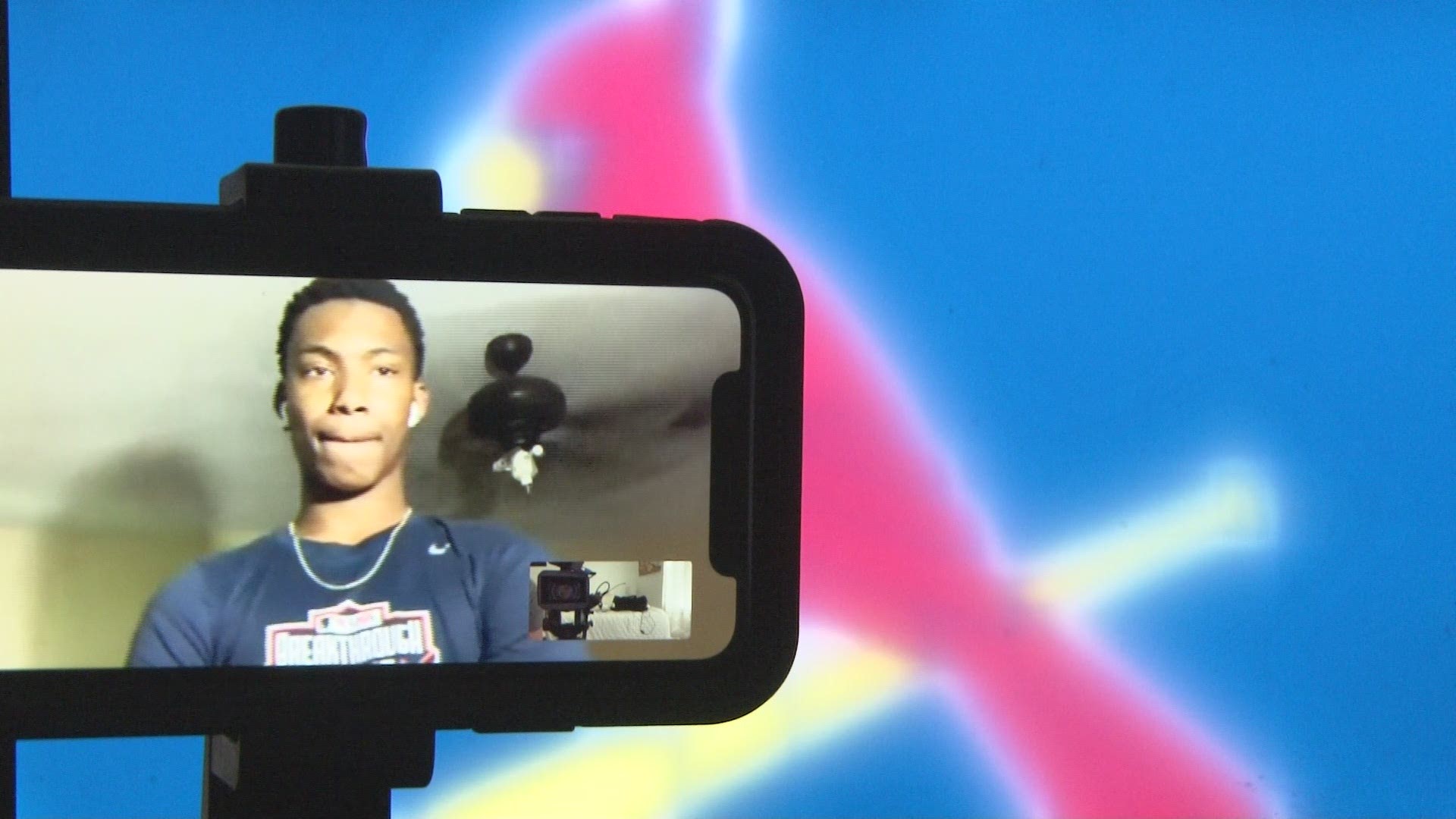 “Before then, I was really mainly a shortstop, and not too many people actually saw me pitch,” Winn said. “And then after that, my name kind of got out there. If you see that, it’s going to do something, get some eyebrows raised.”

The Cardinals were impressed by Winn’s skills as a talented shortstop with a live arm that can deliver upper-90s fastballs on the mound, which is why they drafted him as a two-way player with the 54th overall pick in the MLB Draft earlier this month.

On Wednesday, the club agreed to terms with Winn, who was on a Zoom call with reporters from Busch Stadium. He spent the day in St. Louis completing his physical, touring the Cardinals Hall of Fame and Museum and touring Busch Stadium.

Then, on Thursday, the Cardinals announced they have also agreed to terms with Arkansas prep right-hander Tink Hence, the 63rd overall pick of the Draft and a former Arkansas commit, like Winn. St. Louis has finalized contracts with six of its seven Draft picks and is expected to agree to terms with Missouri right-hander Ian Bedell soon.

“He’s one of my close friends,” Winn said about Hence. “He’s a great dude. Now we’re really close and we’ve talked a lot since [being drafted]. We’re both really excited.”

Winn said Wednesday that he has never faced Hence, but he’s played behind him at shortstop while Hence was pitching. Winn already wants a chance to face Hence during some intersquad game once they’re able to play again.

MLB.com’s Jim Callis reported that Winn received a $2.1 million bonus. The spending flexibility the Cardinals gave themselves by signing four picks under slot, including first-rounder Jordan Walker on Tuesday, allowed the team to go over slot for Winn. The slot value assigned to pick No. 54 was $1,338,500.

Hence’s financial terms were not yet known. The 17-year-old hit 94 mph with his fastball at the Future Stars Series in September and then threw a 96 mph heater at the same showcase that Winn threw his 98 mph fastball. Hence displays a fastball with heavy sink, and he showed similar velocity during a brief look this spring before the high school season ended. He also features a plus slider and a feel for a changeup.

The Cardinals plan to give Winn a chance to develop as a two-way player. The WWBA showcase in Jupiter, Fla., the home of the Cardinals’ Spring Training complex, invited more talk about him as a pitcher. During the championship game, he homered and backed up his fastball with two plus secondary pitches.

“[The two-way player status] wasn’t the biggest thing in the world to me, but when it was put on the table, that’s a dream come true,” Winn said. “I wanted the chance to do both. For me, if one of them doesn’t work out, I’ll gladly go to one or the other, but now to be able to do both is -- that’s really what I wanted to do, and they gave me an opportunity. It was just kind of the cherry on top.”

Winn has been pitching and hitting since he was 8 years old, but he doesn’t prefer one or the other. He described himself as a “different person” on the mound, where he’s more reserved, and at shortstop, where he shows high energy. He doesn’t know how he’ll balance both as he enters the Cardinals’ farm system, but he’s relishing the opportunity to start with both options.

“It’s really never been one or the other,” Winn said. “It’s not really which one I want to do more -- it’s really which one I want to give up less if that does happen later on. Right now, I’m excited to do both. I’m just going to have to go and see what kind of plan they have for me, and I’m going to do with it what I’m told to do and go from there. I think that’s going to be something we’re just all going to have to work through together, to see how that’s going to go.”