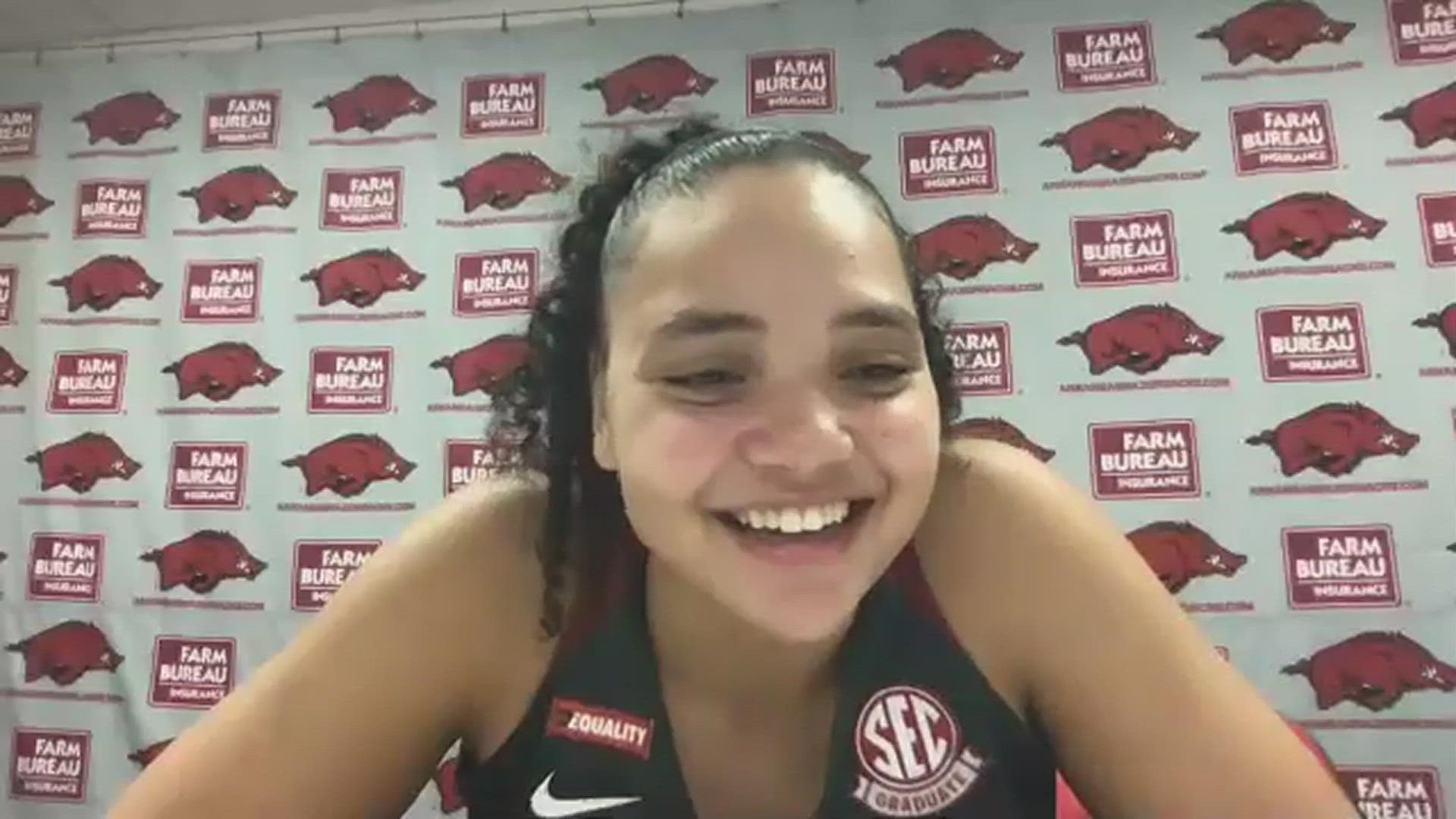 FAYETTEVILLE, Ark. — No. 14 Arkansas (1-0, 0-0) started its season off with a win, beating Oral Roberts (0-1, 0-0) on Wednesday morning in Bud Walton Arena, 96-49. The Razorbacks were balanced all morning long, as five different Hogs scored in double figures, while 12 different Razorbacks scored overall. On the defensive side of the ball, Arkansas was stifling, holding the Golden Eagles to just 49 total points on 32.7 percent shooting, while forcing 29 turnovers.

Redshirt senior guard Destiny Slocum introduced herself to Arkansas fans in the opener, going for a game-high 22 points in her Arkansas debut. The Oregon State transfer was highly efficient in her first game as a Hog, making nine of her 14 shots from the field. She also dished three assists and tallied a steal. Redshirt senior guard Chelsea Dungee also played well in her first game of 2020-21, going for 17 points on four of eight shooting, while also making eight of her 11 free throws attempted.

The Razorbacks came out of the blocks a little slow, trailing 4-0 early in the first quarter. Arkansas missed its first four shots, only shot seven of 19 in the first quarter, and didn’t hit a three in the first frame. However, the Hogs’ defense was impressive in the opening quarter – Arkansas forced Oral Roberts into nine turnovers in the first, and only allowed six points in the period.

The Hogs would open things up in the second, though, outscoring Oral Roberts 28-13, including a quick 8-0 run early in the frame, courtesy of four points from Makayla Daniels, and two apiece from Slocum, Dungee and Taylah Thomas.

The Razorbacks head to Florida for the Gulf Coast Showcase, where they will play three games in three days. The Hogs’ first opponent in the Sunshine State is Wake Forest, and that game will tip off at 10:30 CT on Friday morning. It will be streamabale on FloHoops.