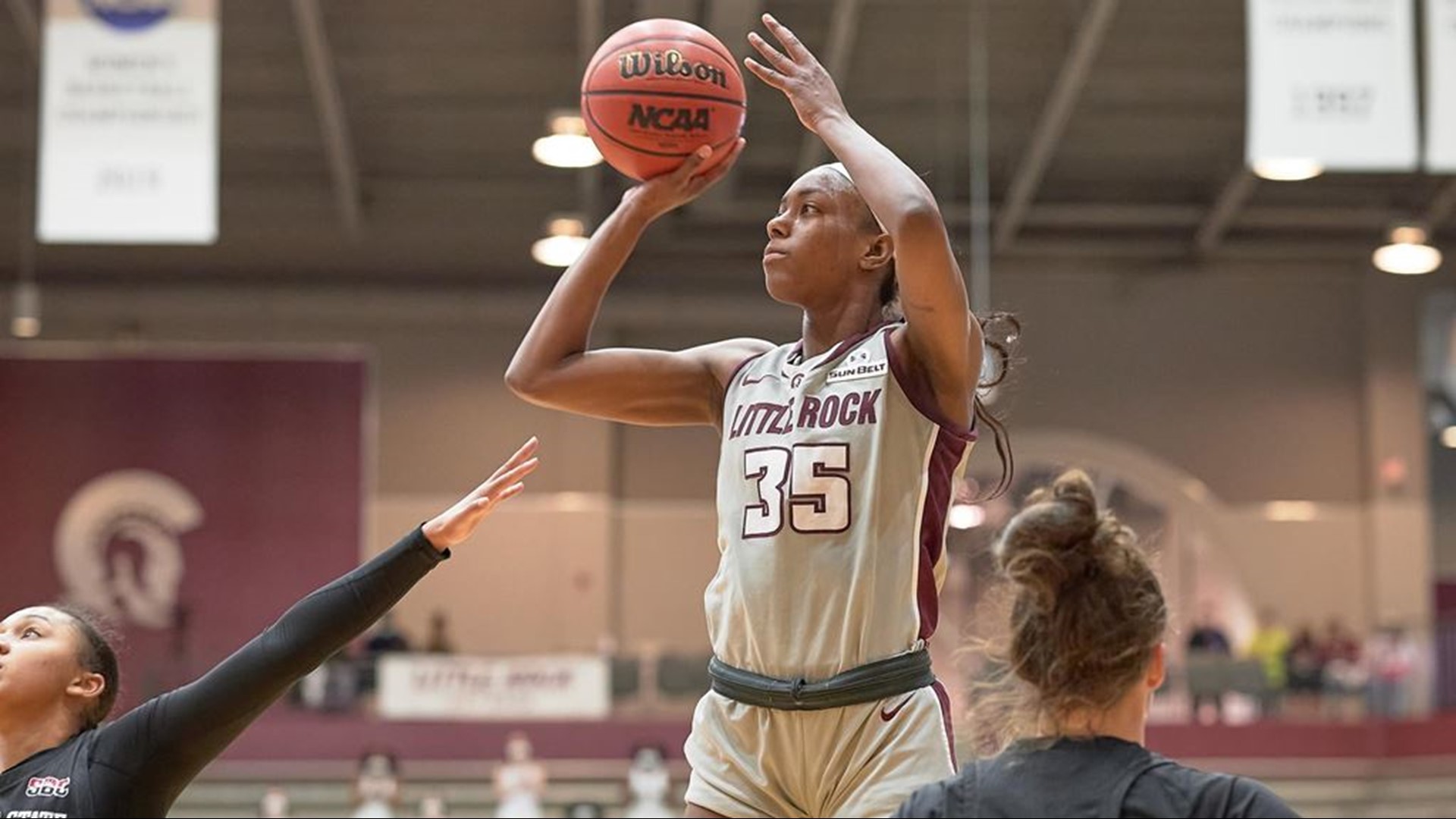 LITTLE ROCK, Arkansas —  Little Rock senior forward Teal Battle was named the Sun Belt Player of the Week following her outstanding performance in a pair of wins over Arkansas State.

Battle hit a career-best five 3-pointers and tied a career-high 25 points Saturday, leading Little Rock to a sweep of rival Arkansas State. She averaged 17.5 points and 7.5 rebounds over the weekend but her performance Saturday especially stood out, preventing A-State from its first-ever win at the Jack Stephens Center. Battle led Little Rock back from an eight-point fourth quarter deficit to force overtime, hitting all five of her 3-pointers in the final 10 minutes of regulation and overtime.

She shot 42.3% from the field, 55.6% from beyond the arc and was perfect from the free throw line (8-for-8) while also registering her first double-double of the season. She also tallied 15 total rebounds along with four steals and two blocks on the week while helping to keep Little Rock's five-game home win streak alive.