Within just hours on Thursday, the Arkansas River at Little Rock’s flood stage went from an Advisory to Moderate. 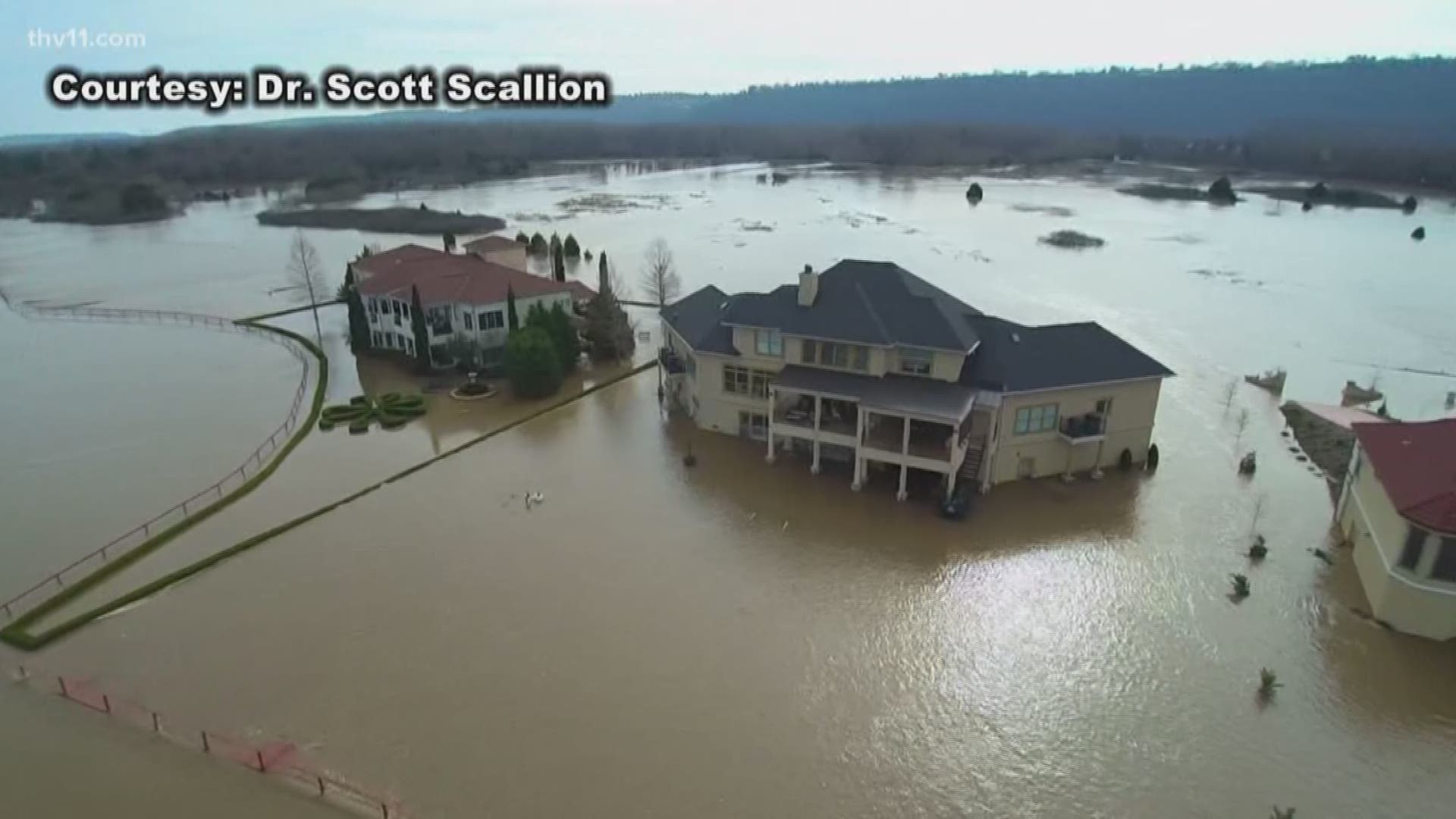 LITTLE ROCK, Ark. — Within just hours on Thursday, the Arkansas River at Little Rock’s flood stage went from an Advisory to Moderate.

People living along the River in the Two Rivers Park neighborhood raced against time packing their belongings and evacuating their homes Thursday.

“After the last flood, I thought: 'God I don’t think I can live through another one,'” said Randy Machen, a Two Rivers resident.

Machen has lived in the neighborhood for five years, and this flood will be his third one, so he’s not fighting mother nature.

He moved valuables up to higher ground and spent time packing up a trailer full of housing products and took to storage.

Other homes that line his street had moving companies lined outside their driveways.

“We have to make sure we have everything up off the floor at least five to seven feet,” he said.

In January 2016, the flood waters caused damage to his home, which took up to five months to repair.

“I think it’s going to be worse this time,” said Machen. “I’m expecting to get three feet of water inside.”

He’s been prepping for floods well before warnings went out this week.

After the last floods, he built his levy up four feet higher to hold back the pressure of the river’s current.

“The higher the levy, the less impact the water has putting pressure on our house,” he said.

Within the past couple of weeks, new neighbors have moved into his neighborhood.

While others have helped him pack his belongings, he’s spreading the word to neighbors about how severe these flood waters can be.

“If you don’t hurry up and get out, you may get stuck unless you have a boat,” he said. “Last time a family chose to stay, we had to end up sending a boat out to rescue them.”

The Arkansas River at Little Rock is expected to crest next Friday.