Stanley, Idaho, is already known for its fishing, its view of the Sawtooth Mountains, and its frigid temperatures. But it is also known as the one of the few places in America to be home to an outdoor curling competition. 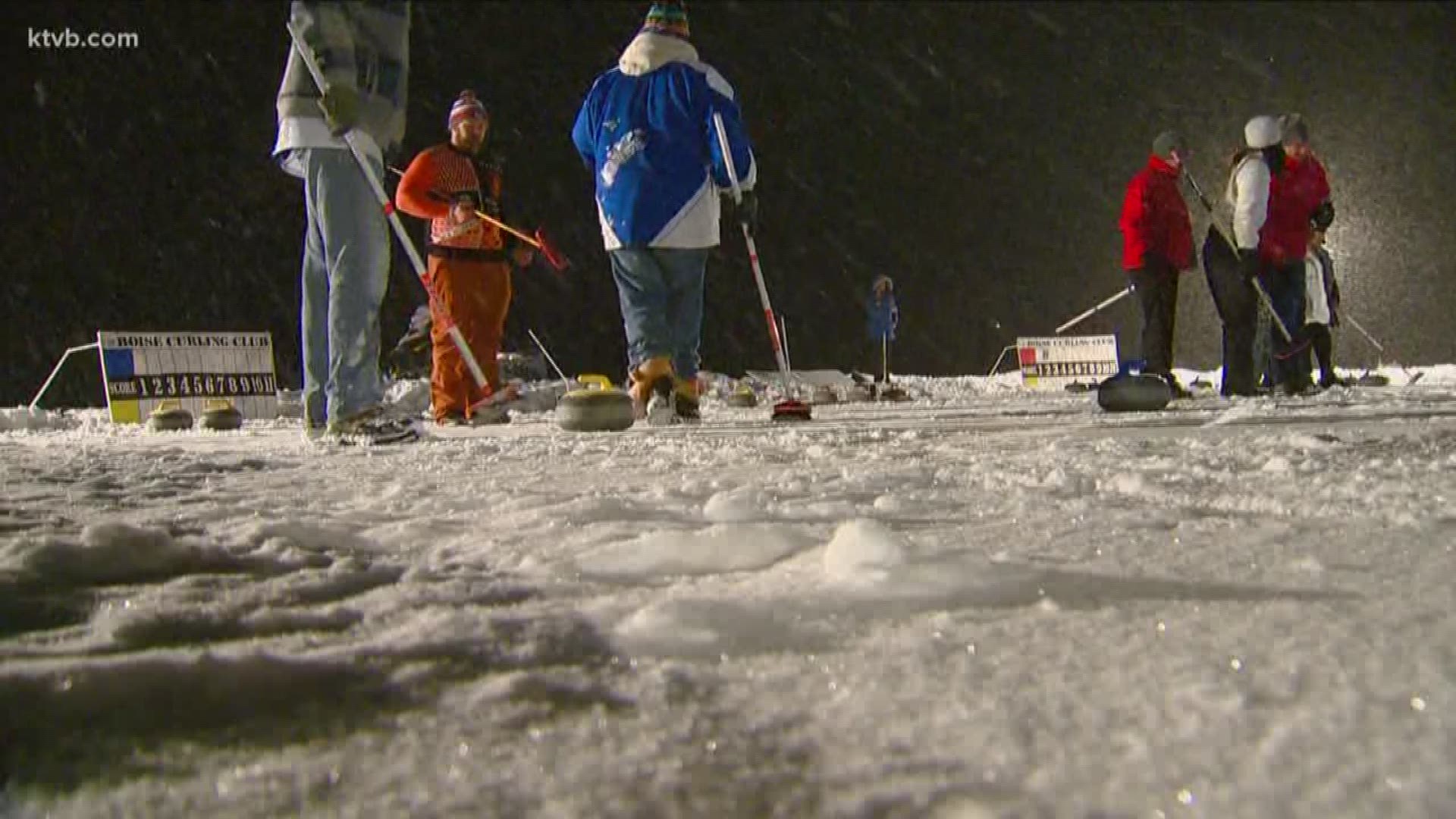 If you listen closely you can pick up the playful patter piercing the silence of a Saturday night in Stanley, Idaho.

On a frozen patch of ground just above the city, you'll find a collection of curlers competing in the Sawtooth Outdoor Bonspiel.

"Oh, the SOB is what we call it for short," says Jared Belsher of the Boise Curling Club.

It's a mid-winter meeting of like-minded addicts of Arctic sports.

"I started doing this sport because it was kind of this weird, esoteric thing where you throw rocks and you sweep on ice," says Phil Shryock from Seattle. "Now it's kind of the center of my social world to be honest."

Socializing, and good cheer, seem to be the SOB's main attraction.

"We had 10 teams I think that first year," says Belsher, who began this bonspiel six years ago. It was an idea born to be unlike any other.

"No, this is a little bit different than your normal bonspiel," says Belsher, laughing. "Yeah, it's more fun!"

"This is so far from like Olympic curling it's not even funny," says one of the members of Seattle's two teams. "But it's a great time, that's what we like about it!"

The Sawtooth Outdoor Bonspiel in Stanley

1 / 17
The Sawtooth Outdoor Bonspiel in Stanley.

How popular has the SOB become? This year's 16 spots sold out in 15 minutes.

Some have ended up here every January, with team titles like "The Bambi Killers."

"The first year we drove up we actually hit a deer on the way up, so," Skryock says, explaining the origin of his team's name.

"Snow or shine, we're going to curl," laughs Belsher, looking at the near-heavy snowfall that is constantly covering the ice.

Sweeping the snow clear becomes a Sysiphian task on a night like this. But for those who've never been to Stanley before it just adds to its uniqueness. And why curlers come from all over the West, like Arizona, Montana, Utah. Also from other frozen places across the country like Minnesota and Wisconsin, to play a game more than a mile above sea level.

The elements may be eventful but the game is still the same, with a glossary of terms like button, and pebble, and the house.

"I don't even know where the house is any more down there," says one player trying to see down a snow-covered sheet.

Then there's the Skip, otherwise known as the captain of the team, who usually determines the strategy. But not this night.

"My job is basically to make sure my teammates don't hurt themselves," says Max from The Bambi Killers. "Because it's very slippery out here at the moment."

Curling may have come from the lochs of Scotland and bonspiel originates from either the Germans or the Dutch. But that doesn't matter. It has now found a home on an open sheet of ice in Stanley.

"Most curlers will never have an experience like this, ever!" says Joe Rockenbach from Washington, D.C.

If you would like to learn to curl the Boise Curling Club will have "Learn to Curl" sessions every Sunday evening during the Winter Olympics at Idaho Ice World.

To find out more about them and their classes, go to their website. 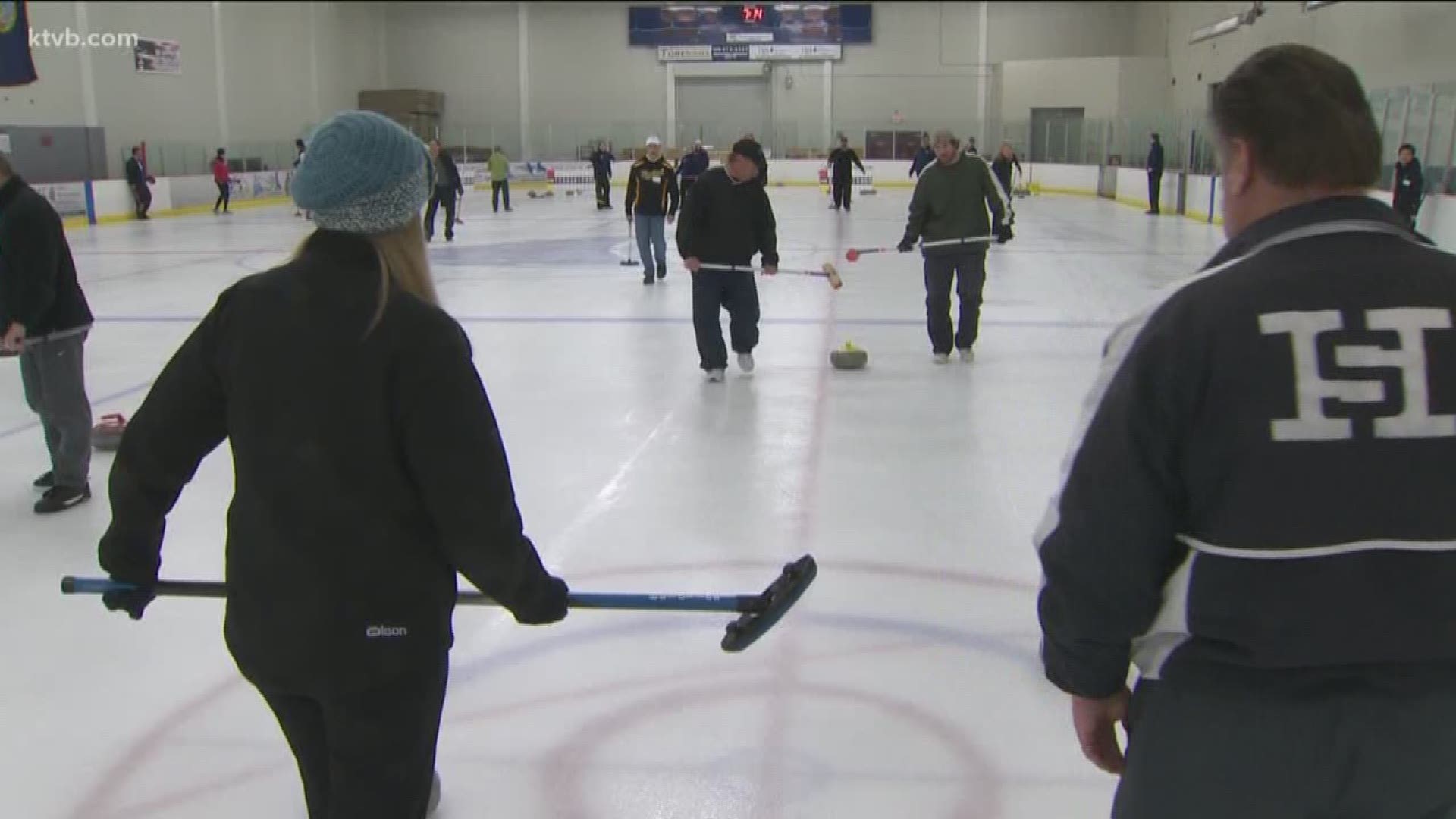 Note: Watch the 360 Idaho Life videos on mobile in the YouTube app for the complete immersive virtual reality experience.