Ethan was grinning from ear to ear when students at Beebe High School presented him with his very own letterman jacket. 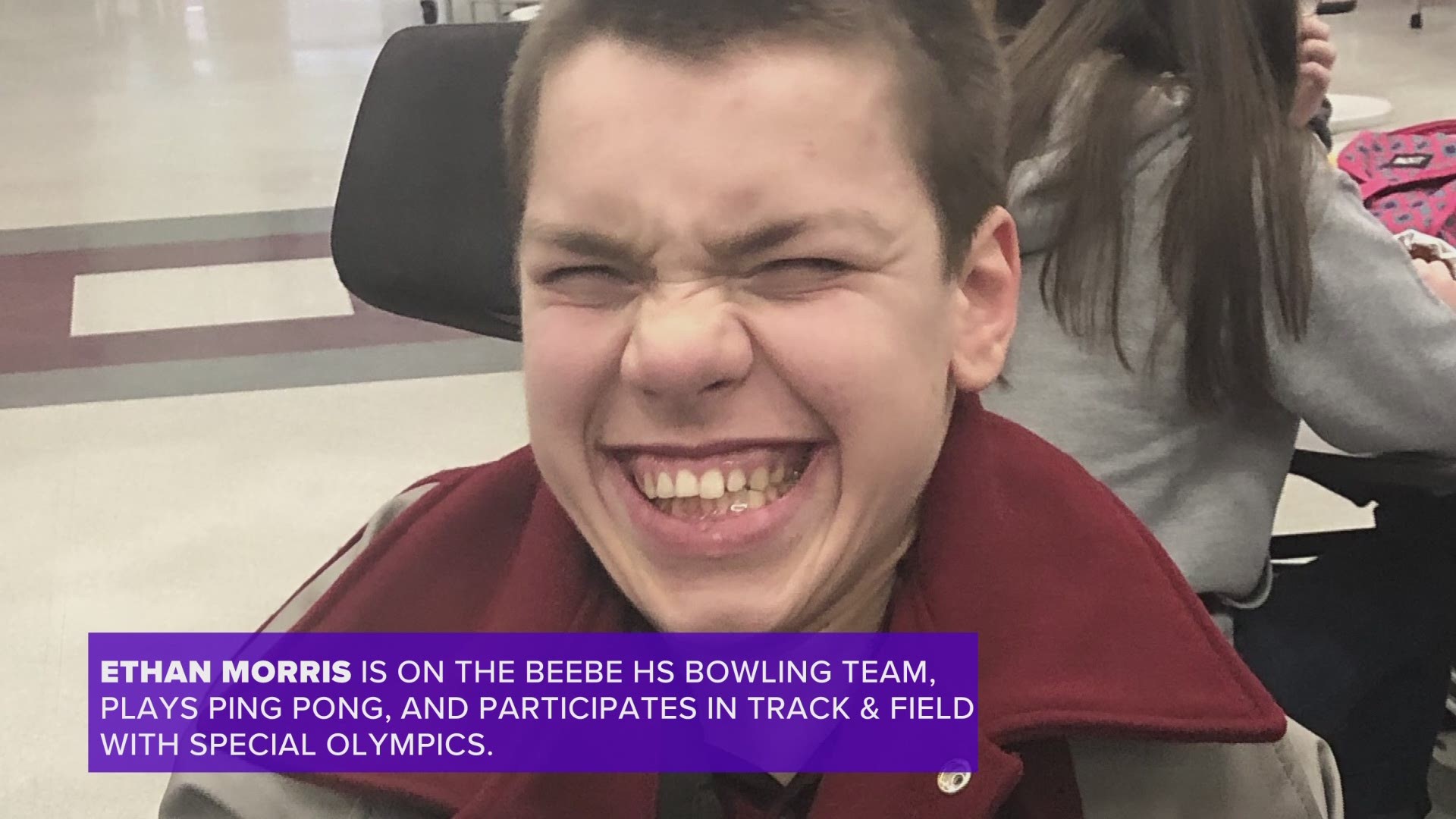 BEEBE, Ark. — One Beebe High School student's day was made when he was surprised Friday with his very own letterman jacket.

According to Principal Karla Tarkington, Ethan Morris moved to Beebe High School last year and all of the students just "took to him." She said he's very outgoing and has never met a stranger.

Ethan is on Beebe's bowling team, a member of Future Farmers of America, and also participates in track and field with the Special Olympics.

"During lunch, he is always driving around, talking to students. We have ping pong tables in our cafeteria and I have watched our kids teaching Ethan how to play ping pong!" said Tarkington.

The high school has a club called "Badger Buddies," where students with special needs are paired with students in the general population.

"Keaton, the blonde student in the video that is helping Ethan with his jacket, came up to me a few weeks ago and said, 'Ethan wants a letter jacket. How can we make that happen?'" Tarkington explained.

Tarkington said she then called the athletic director to see if the school could purchase one for him. But instead, the jacket company ended up donating the jacket.

Since the high school seniors were being honored at the basketball game Friday night, the students thought it would be a good idea to present Ethan with his "senior" jacket on Friday, as well.

"The kids were super excited to present him the jacket and Ethan was grinning from ear to ear!" said Tarkington.