More than 150 people packed the grounds at Dumas High School on Saturday to celebrate the holiday. 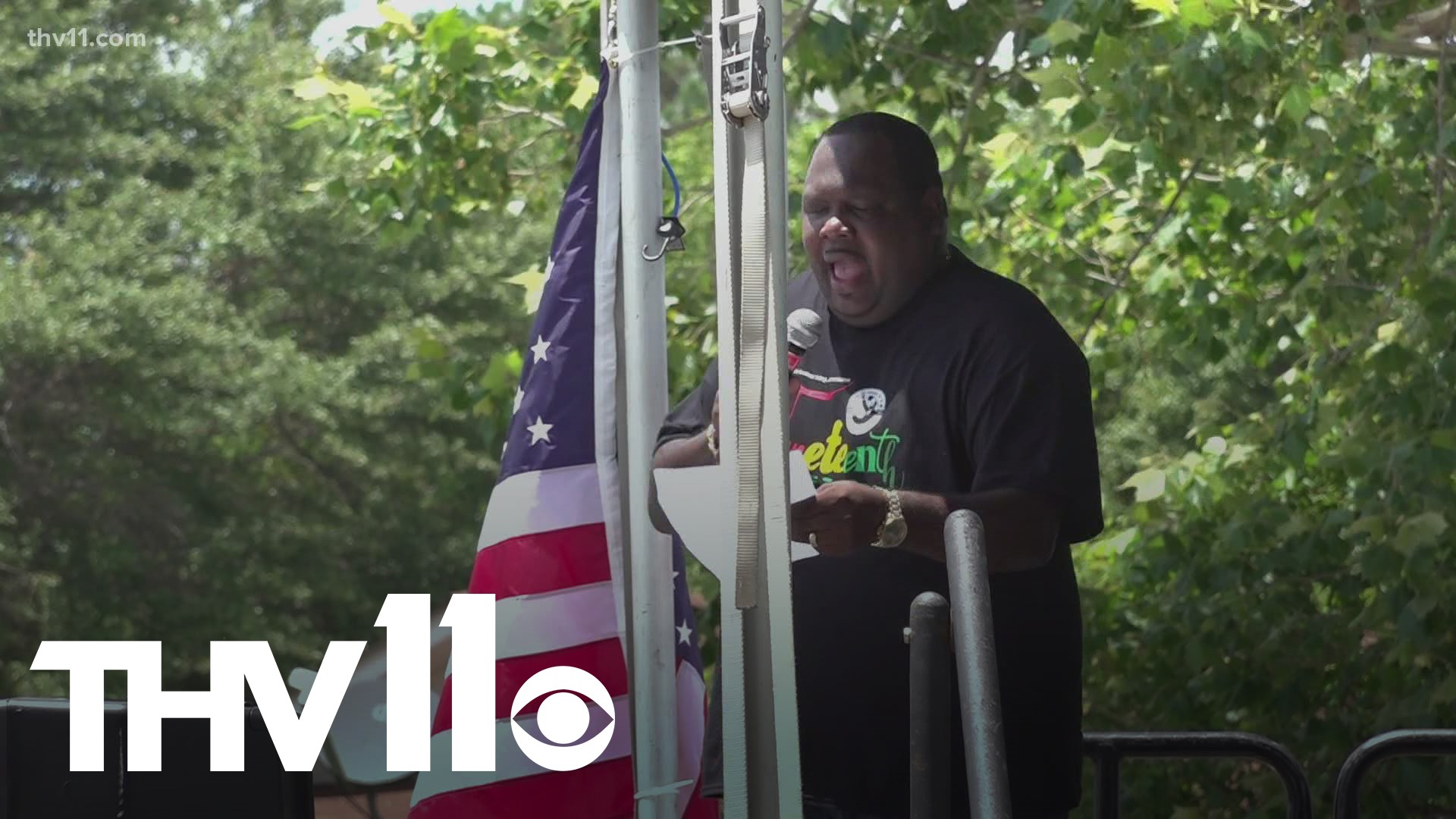 DUMAS, Ark. — For a town the size of Dumas with just over 4,000 citizens – Saturday's crowd at Dumas High School for a Juneteenth celebration may have come as a surprise.

"You know, there's a lot of great people coming out, being part and celebrating this wonderful legacy," DeShun Scarbrough, executive director for the Arkansas Martin Luther King Jr. Commission, said.

More than 150 people packed the grounds at the high school where there were games, vendors, and events for the kids.

"It's a Juneteenth celebration all over, all day" Dwight Anthony Smith, who commuted to Dumas from Searcy, said. "Even coming in, we were seeing cars and cars and cars coming and turning, and we were just following traffic coming here."

Of course, this year's Juneteenth celebration means a lot more this time.

"African Americans have overcome insurmountable obstacles and being able to come to fruition, such a holiday, means a lot," Scarbrough said.

Saturday marks the first time Juneteenth will be celebrated as a federal holiday.

Todays event was sponsored by the MLK Commission and was a celebration, much like Juneteenth normally is– but there was a more serious tone as well as special guests were in attendance.

"I am the uncle of George Floyd," Selwyn Jones said.

Jones was in attendance alongside Tawanna Gordon who is the cousin of Breonna Taylor, with both being keynote speakers at Saturday's event.

Although the past year has been difficult for him, Jones said he's not looking back.

"History is history, that's the reason why it's called history," he said. "We're worried about the present and the future. And the present, look around, there's a lot of rejoicing. There's a lot of people communicating."

At it's core, that's a key part of Juneteenth – unity.

So while today is a celebration, today means so much than just a new holiday.

"I mean it just shows that all the people before us who put in the hard work, it shows it was for something. That the hard work wasn't in vain," Anthony Smith said.