Five Pine Bluff schools are taking initiative to teach students some of the incredible history they may otherwise miss. 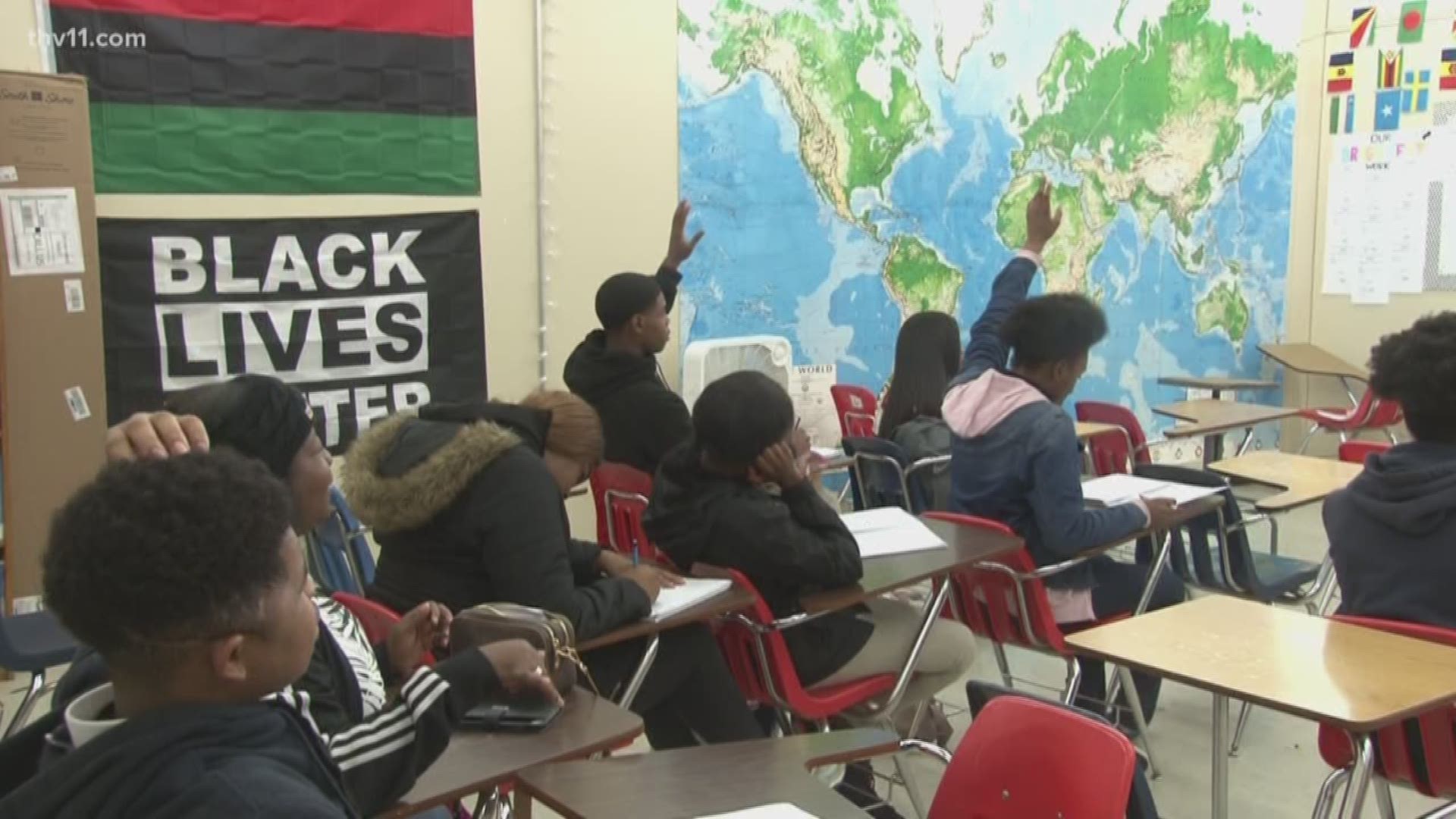 PINE BLUFF, Ark — Think back to what you learned in history class about African Americans—maybe the Little Rock Nine or Martin Luther King Jr. are the first lessons that pop into your head.

There are 400 years of African American history, and a lot of it gets lost in the required curriculum history classes have to follow. That's why Pine Bluff schools are taking initiative to teach students some of the incredible histories they may otherwise miss.

Daniel Martel, Social Studies department chair at Pine Bluff High School, said it is "problematic" that they don't get to talk enough about African American history.

"Just because you're not taught it in a world history class formally, doesn't mean that it doesn't matter," he said.

"Based on our demographic of this school, I think it would make more sense to have conversations about African American history, but we have to teach the curriculum that we are assigned," he said.

Martel said administration noticed this gap, so the social studies and science department teamed up together to take one day out of each month to have these conversations with the students.

Different topics include "Breaking Barriers," "STEMulating Freedom and The Future" and "Take A Stand To Keep A Seat."

"I think their attitude towards history class, in general, has changed because they see it through a different lens," he said.

David Carroll, an eleventh grader at Pine Bluff High School, said they are seeing it through a clearer perspective because they are learning about people who are just like them.

"Coming from a place like Pine Bluff or just in general, it gives a kid hope that I can do the same thing that he does," he said.

Carroll said all his life he has been motivated by influencers like Martin Luther King Jr. and Rosa Parks.

"Like with us, with kids I go to school with, we gotta see it to believe it," he said.

Carroll said last month the school's discussion on breaking barriers has inspired him in a completely new way.

"It's just motivation to know that you can impact the community and impact the world," he said.

Martel said Carroll will get the chance to touch people's lives when these students take what they've learned and share it with the younger generation of Pine Bluff, the state of Arkansas and potentially beyond.

"This gives the kids the ability to tell their story to as wide of an audience as possible," Martel said.

Next year the students will transition into the project phase of the program where Pine Bluff High School will take the traditional science fair concept and turn it into a display of what the students want to share about the triumphs and tragedies of their ancestor's history.