Two inmates died at separate hospitals today while being treated for COVID-19. One other inmate at Cummins collapsed and died, but the cause is not confirmed. 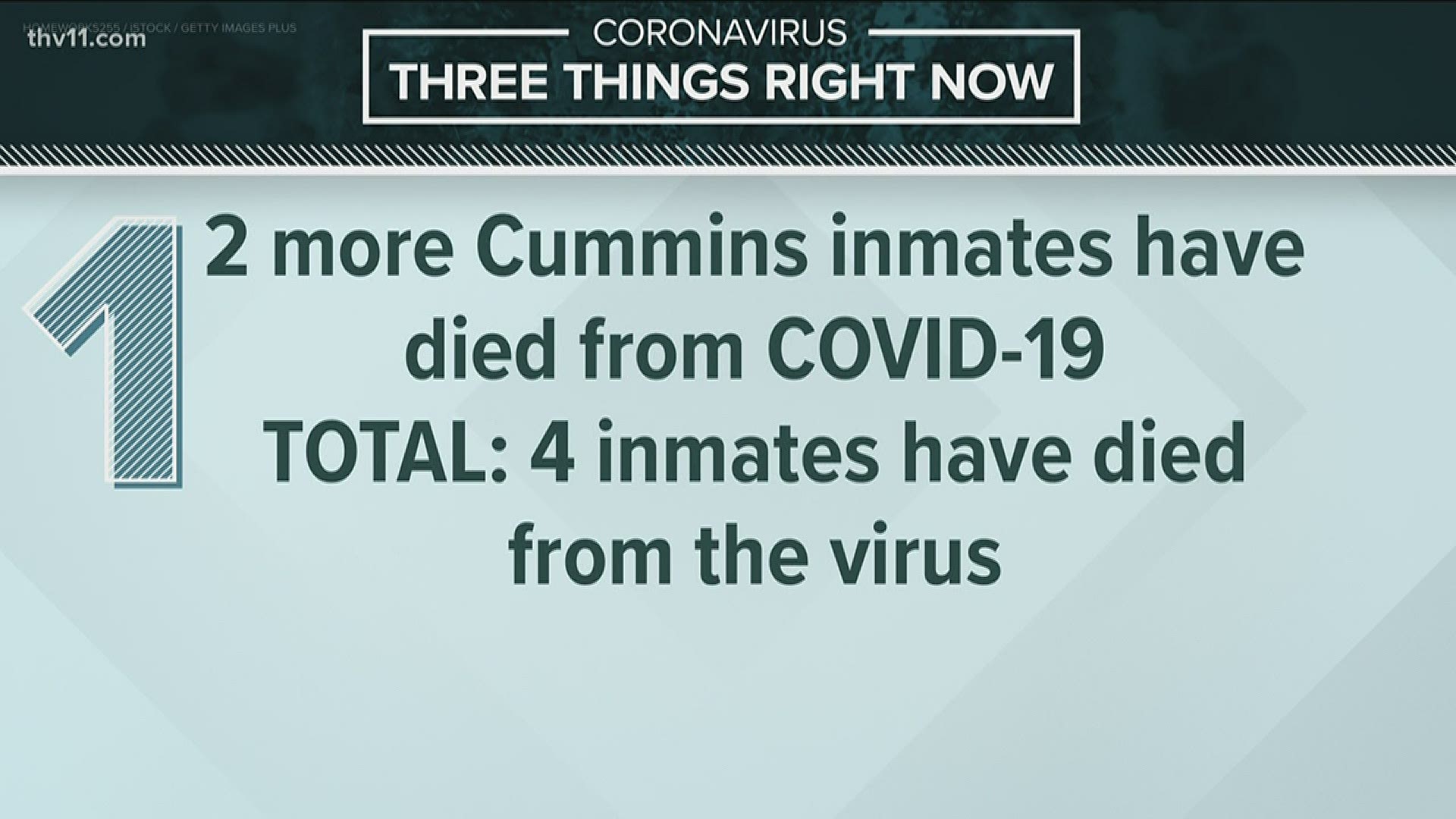 A total of three Arkansas prison inmates died Sunday, according to the Arkansas Department of Corrections. Two inmates died while being treated for COVID-19 symptoms, one being at the Jefferson Regional Medical Center and the other at UAMS.

The third inmate death took place at the Cummins Unit, but the cause of death has not yet been confirmed.

The ADC says of the two confirmed COVID-19 deaths, both had pre-existing conditions, with one of those patients being on a ventilator at the time he died.

The third inmate died at the Cummins Unit's infirmary after "collapsing in front of correctional officers." The ADC said it does not believe that death is COVID-19 related, but an autopsy was requested to confirm.

RELATED: Republican legislators say it's 'time for Arkansas to open back up'

Of the two inmates who died in the hospital, one was serving a 30-year sentence and the other was serving life without parole.

Sentencing information on the third inmate who died in the prison unit's infirmary was not released.

There have been a total of four inmate deaths related to COVID-19.

We will update this story with more information as it develops.

RELATED: Pine Bluff listed as coronavirus 'hotspot' despite chunk of cases outside city