The 9-day National Championship event brings in thousands from all over the country to Clinton, Arkansas. 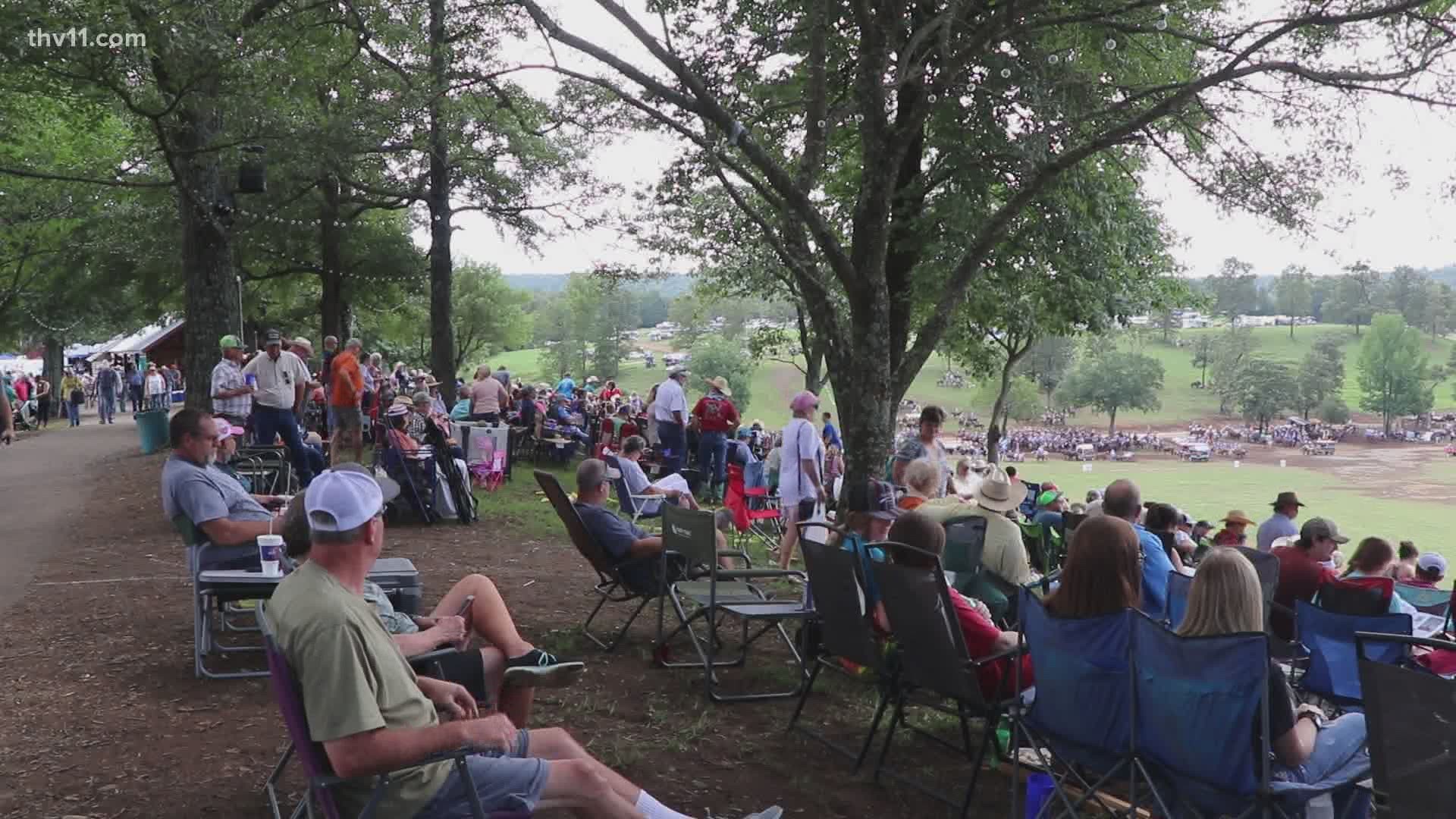 CLINTON, Ark. — The National Championship Chuckwagon Races are underway this weekend, bringing thousands to Clinton amid the COVID-19 pandemic.

The 9-day event has some worried about the lack of face masks and social distancing. We got several calls and emails into the THV11 newsroom asking how Governor Hutchinson and the Department of Health could allow this event to go on.

Founder of the Chuckwagon Races in Clinton, Peggy Eoff, said they worked extensively with the Department of Health to make sure all the correct guidelines were in place.

For the past 35 years, according to Eoff, Clinton, Arkansas has become home to the National Championship Chuckwagon Races.

Thousands are still making that trip, which Eoff said some call a family tradition, amid the COVID-19 pandemic.

"It was so important for us, not just for us to say well we were able to have it, but for these people who plan all year long to come," she said.

Eoff said they were determined to figure out a way for the show to go on because of the community pride it sparks and economic boom it delivers.

"People come from all over. They have to stay in hotels, they shop at grocery stores, eat at the restaurants, they pay gasoline," she said.

The event, which can bring up to 5,000 people into the ranch daily, according to Eoff, had to be tweaked this year. COVID-19 signage was posted at every vendor's booth, employees served as enforcers to remind people to socially distance, and masks were a requirement if people couldn't be six-feet apart.

"There's so much room here, you can pretty well stay six-feet or ten-feet apart from the next person," she said.

Eoff described the over 1,000 acres of land as the biggest safety measure they have.

"The seating area, it's not enclosed, it's out in the open. There are several different levels that you can get down on to watch the races," she said.

Despite the attendance being a little lower than in years past, Eoff is glad they could provide some form of normalcy and respects those who decided not to come.

"It's safe, but if you don't feel safe, then maybe come next year when hopefully, this is all over with," she said.

The Department of Health confirmed with THV11 that they did approve the Chuckwagon Race's plans.

RELATED: Coronavirus model projects US deaths to reach 410,000 by Jan. 1

THV11 spoke to Eoff before the Chuckwagon Races Saturday and reached back out for comment about the lack of social distancing and masks, but she declined.