On a return flight home to Little Rock, the Kimball family was removed from a plane after their 4-year old son wasn't wearing a mask, who is non-verbal with autism. 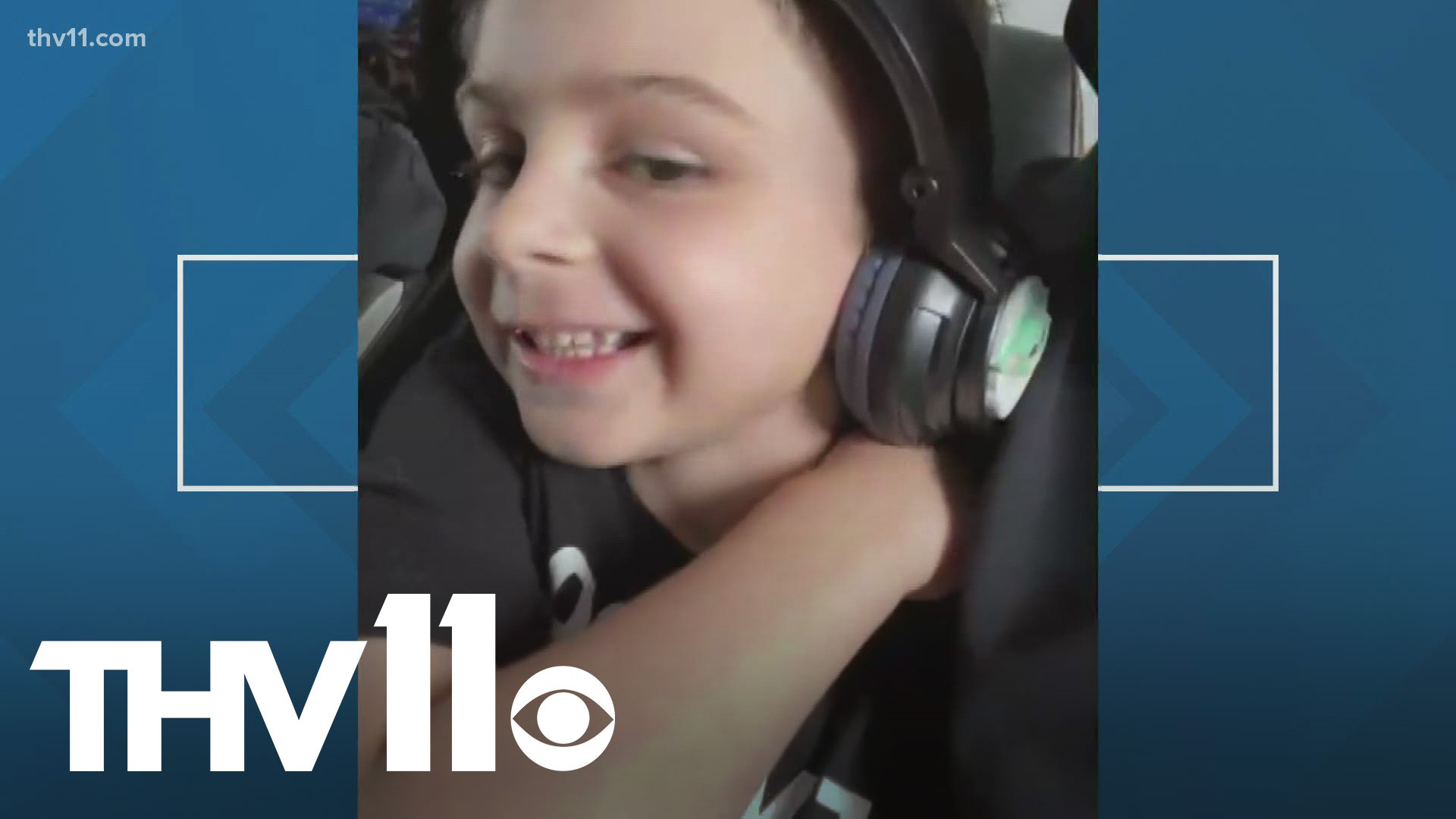 LITTLE ROCK, Ark — Callie Kimball is home in Little Rock waiting for her husband and son to return. They flew to Las Vegas on Spirit Airlines Friday to visit family with no cause for concern.

Monday morning on a return flight though, they were removed from the plane after their 4-year old son, Carter wasn't wearing a mask. Carter is non-verbal with autism.

"He had a medical note from his physician stating that he's exempt from wearing masks because whenever he wears a mask he holds his breath or he starts freaking out and he will harm himself," said Kimball.

She says they've always flown with Spirit and never had any issues until now.

She says they were on board the plane and her husband showed them the note, but Spirit employees still kicked them off.

"He has a disability. It's protected under the American Disability Act and they go 'No no no no. Autism's not a disability. He has to wear a mask or he has to get off the plane.'"

Carter loves planes, and to be removed from one upset the 4-year old.

"Kids on the spectrum, they're usually very obsessed with something. He is obsessed with airplanes. So he was sitting in his seat being quietly and looking out the window, and this lady was like 'Get off!'"

Kimball's husband had a babysitter traveling with them to help with Carter.

She says the babysitter wasn't allowed off the flight. They were stranded in Dallas with no way to get home, while Kimball's husband had to pay $1,000 out of pocket for a flight on American Airlines back to Dallas.

Her husband then asked Spirit for his money back on the flight. He says he hasn't received a refund.

"So we're out all of our flights, a thousand bucks and we have a son who's just so distraught now that he like threw all of his airplanes down."

Spirit Airlies did get back with THV11 and said they issued a refund to the family, saying, "We did issue the family a refund today. With credit card payments, sometimes that takes the card issuer a few days to process, but we have released the money on our end."

Kimball says she understands that COVID is real and they people need to take precautions to protect everyone, but her son had a disability that limits him from mask use.

Kimball's husband was able to get a flight from American Airlines to get home Monday afternoon. The family will be reunited tonight.

Spirit Airlines sent us the following statement regarding the incident:

We sympathize with families facing additional burdens while traveling, including those dealing with medical conditions. Like most airlines, Spirit Airlines started requiring face coverings in May 2020 with the only exemption being one for children under age 2. We remind Guests of our face covering policy throughout the booking process, in a pre-trip email sent prior to departure, and in a required acknowledgement that is part of the check-in procedure.

Our existing policy does not provide for medical exemptions, regardless of diagnosis. Our Team Members explained this to a family traveling today, but never questioned anyone’s medical status in the process.

Starting March 19, 2021, Guests with a medical disability who are traveling on or after March 22, 2021 can apply for an exemption as provided for in the federal mandate requiring masks in airports and on planes. We plan to add information to our website about the exemption later this week. Please visit our Information Center for more information on what we are doing to keep our Guests and Team Members safe.