Arkansas has been listed as a red zone for COVID-19 deaths, which indicates more than 2 deaths per 100,000 people in the last week. 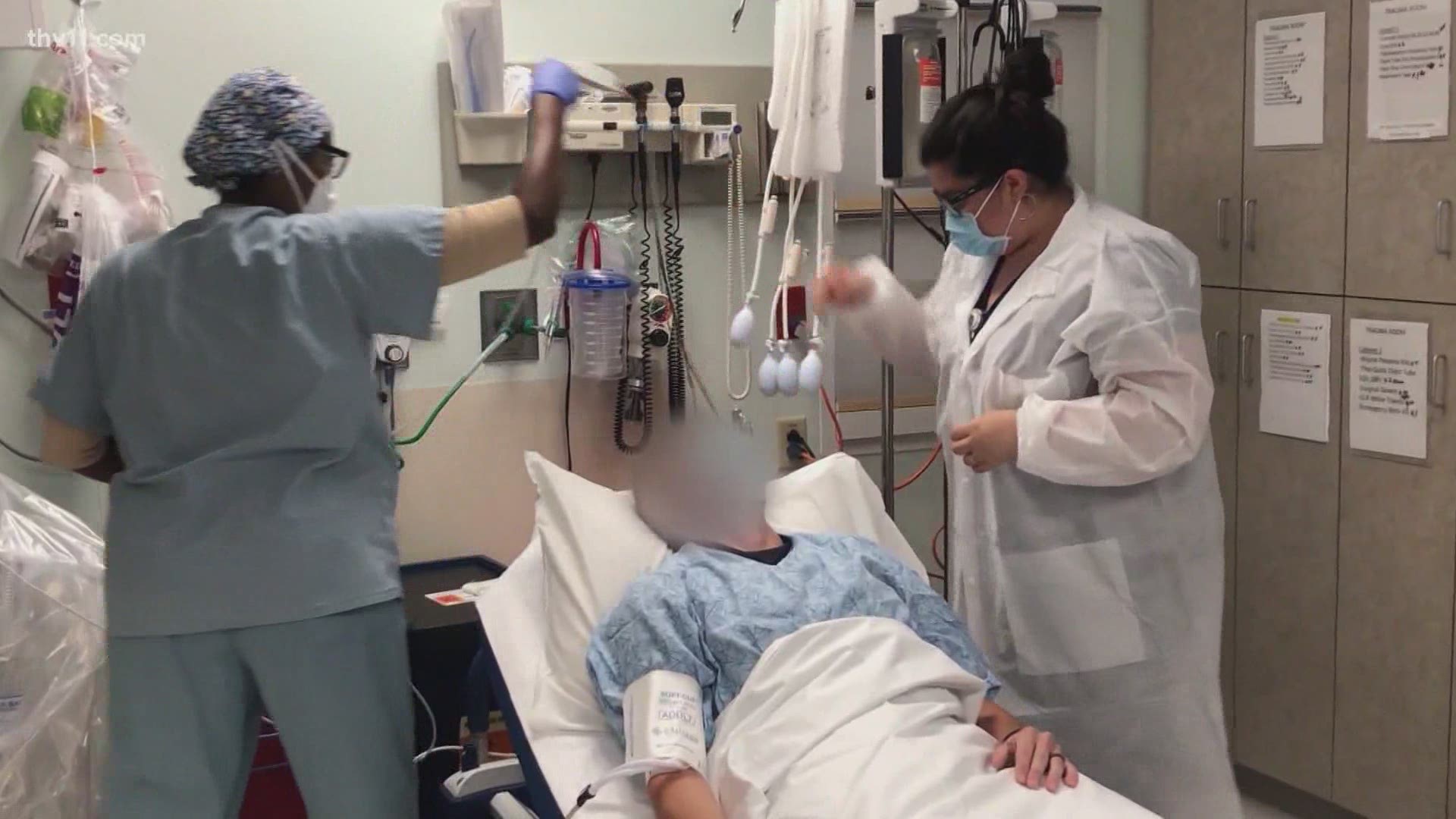 ARKANSAS, USA — Arkansas has been listed as a red zone for COVID-19 deaths, which indicates more than 2 deaths per 100,000 people in the last week according to White House documents obtained by the Center for Public Integrity.

That puts Arkansas at the second-highest rate in the country for deaths and the 12th highest rate in cases, measured by 100 new cases per 100,000 people.

Since the first positive case in Arkansas on March 11, the state has seen nearly 1,600 deaths, with average deaths per day climbing in recent weeks, as well as a record-breaking number of people in the hospital for coronavirus.

In states like Utah, the White House pinpointed family gatherings as being the main pillar of spreading the virus throughout the state.

“President Trump’s contempt for science and refusal to lead during this crisis have allowed the coronavirus to surge across the United States,” said Rep. James E. Clyburn, the Democratic chairman of the House Select Subcommittee on the Coronavirus, in the Center for Public Integrity's latest report.

“These reports—which the White House sent privately to governors but withheld from the public—show that President Trump’s false rhetoric on testing and masks is hindering our nation’s response.”

Over the summer, the task force’s advice for people in the red zones was to limit gatherings to 10 people or fewer, reduce public interactions to a quarter of their normal activity, and avoid bars, gyms, and indoor restaurant dining.

To read the full report from the Center for Public Integrity, click here.