A 13-year-old Paron boy is tired of riding a school bus 40 minutes each day. The old school building is vacant, and he has a big idea that needs community support. 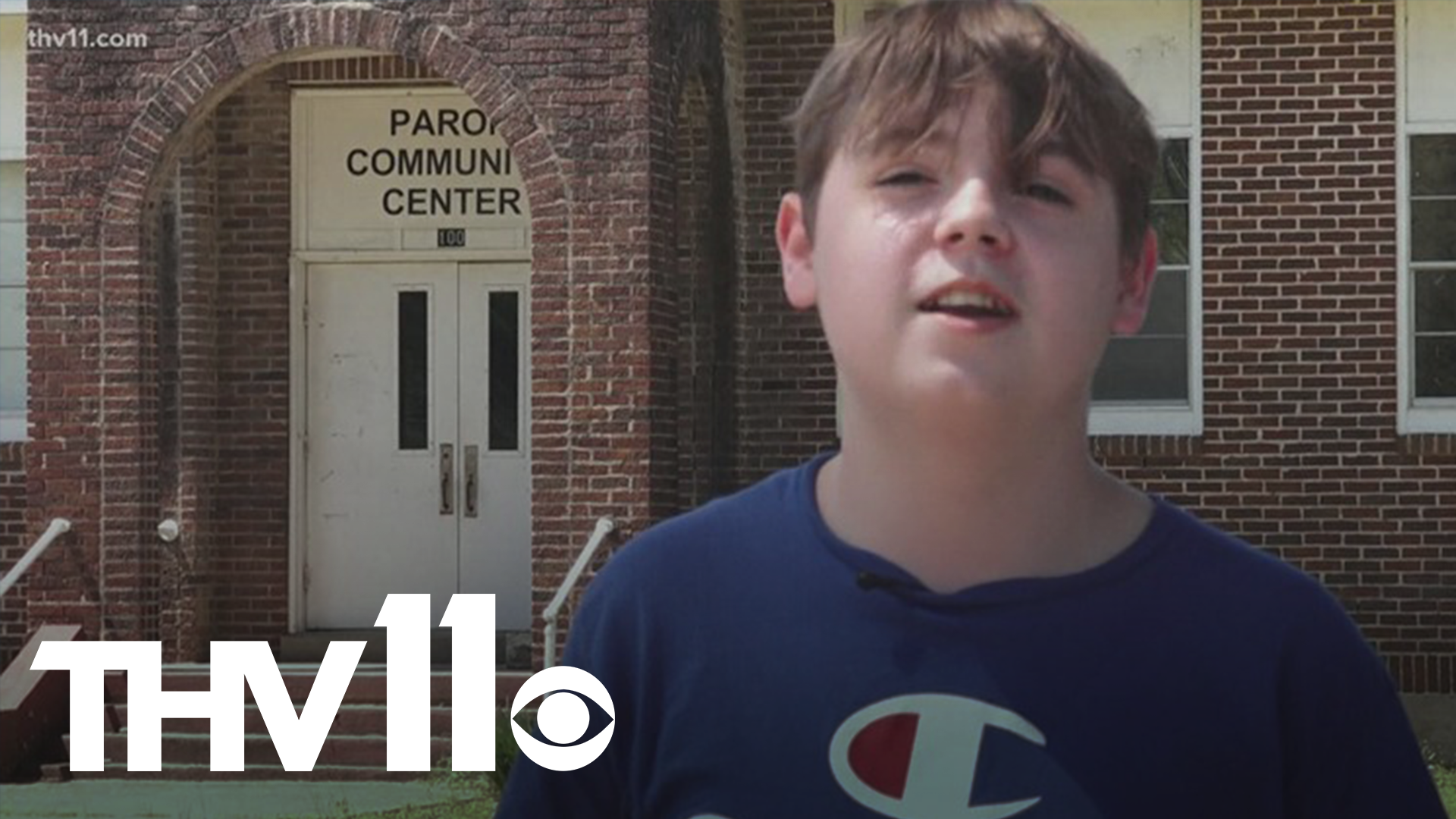 PARON, Ark. — A Paron student is tired of riding a school bus 40 minutes each day, so he’s fighting for a change.

It’s been like that since the Paron School District consolidated with the Bryant district a few years ago.

“All we had was the school pretty much, and now we have nothing here,” said Diesel Covey, a Paron teen.

One thing about 13-year-old Covey is he loves his community and the school that once was.

"There wasn't a lot of people, but you knew everybody,” said Covey.

First grade is the last Diesel Covey remembers of his childhood school.

Now he goes to Perryville, but it doesn’t feel like home.

"We tried to stop Bryant from closing it. We went to their board meetings, but there was just nothing we could do about it,” said Covey.

Covey’s working to get a charter school in his community.

He took his idea to the city board, who ultimately approved it, which would allow a school to operate in the former elementary building.

But one thing is in their way. They don't have the community support to back it.

"If we can get that support, then we would go to the advocacy groups that would help us,” said Jamie Mullins, a city board member.

Mullins said town leaders have tried pushing for a charter school once before, but their plans failed.

But this time, if they can gain the support they need, advocacy groups would help them formulate a plan and better their chances for application approval.

"They would come evaluate the campus, find out what the needs are, what the campus could support,” said Mullins. “But again, it doesn’t matter how well the campus is or how much it could support if the community doesn’t support it.”

There are quite a few steps toward accomplishing this goal, but Covey doesn't plan on giving up.

He's hoping his community will step up and support his fight, one he believes will bring life back to the place he calls home.

"We really need that back because it was the heart of our community,” said Covey.

The Paron community board will hold a school meeting on April 19 at 6:30 p.m. in the old school's cafeteria.

Anyone who wants to be involved and support a charter school should attend.