Entergy Arkansas announced that there would be "forced outages" and other energy companies in the state announced similar outage plans. 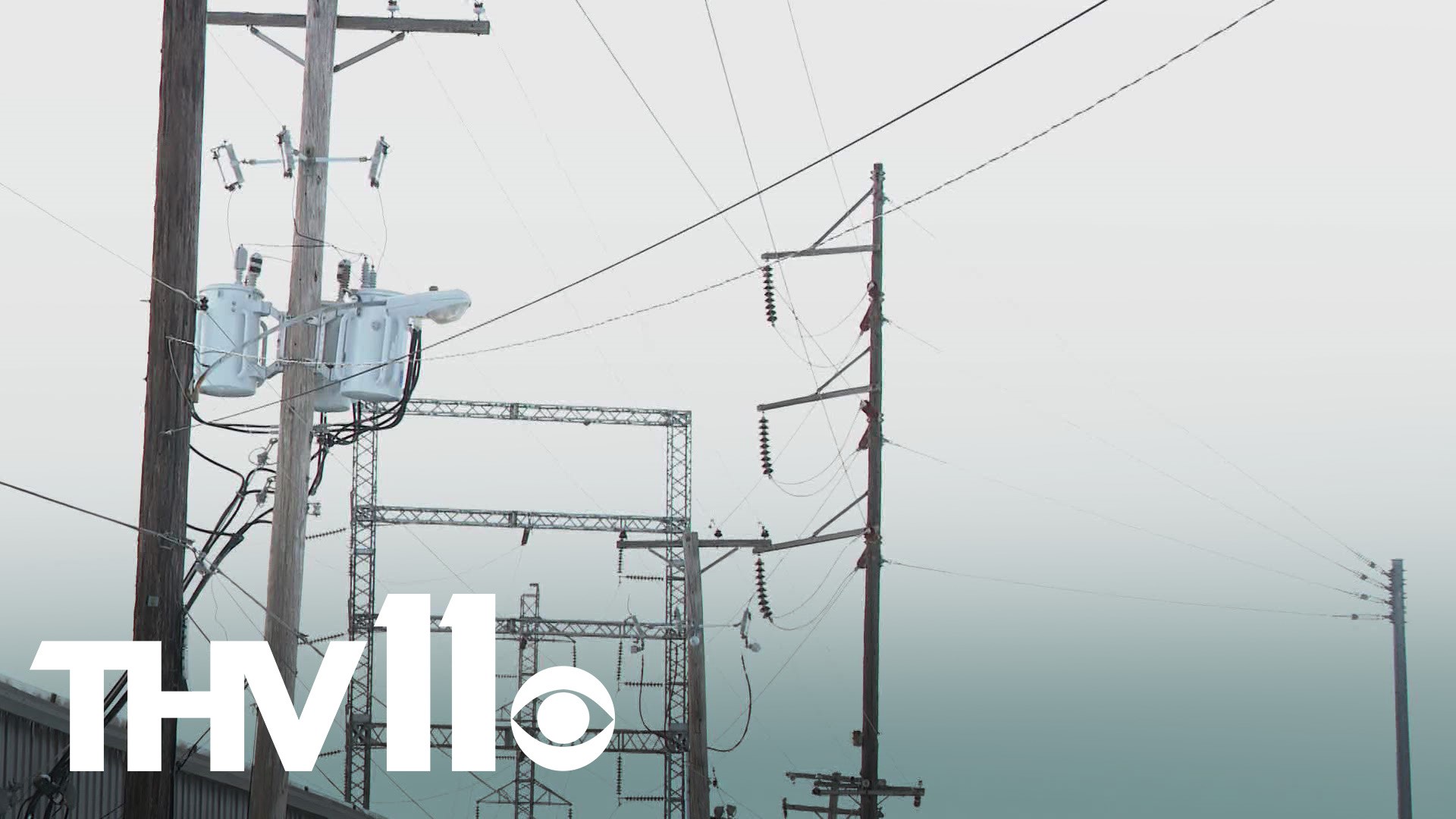 LITTLE ROCK, Ark. — Entergy Arkansas announced Tuesday night that there will be "forced outages" across the state.

On Tuesday night, the first planned outages began at 7 p.m. and ended at around 9 p.m.

According to an Entergy spokesperson, the outages are to last no longer than 60 minutes at a time.

The spokesperson said the forced outages will take place across the state and some have already been restored.

Entergy said Tuesday evening that they would keep doing controlled outages until the "peak declines," or hopefully early morning for this round.

A "rolling outage" was announced by Electric Cooperatives of Arkansas, which will mostly happen in the eastern and central part of the state.

Conway Corp has also announced it will issue "controlled outages" and expect the outage to last "approximately 30 minutes."

First Electric Cooperative announced it would conduct "rolling outages" to different parts of Arkansas where it supplies power to customers.

Benton Utilities has also announced a similar plan, saying that forced outages would last between 30 to 60 minutes if it happens to customers.

"We continue to face challenges related to the cold temperatures, so please be mindful of your electricity usage to help prevent the need for any additional forced outages. We’re not out of the woods yet, so please continue to conserve energy," Entergy Arkansas said in a press release.