The water levels have a chance to become life threatening as the weather begins to intensify. 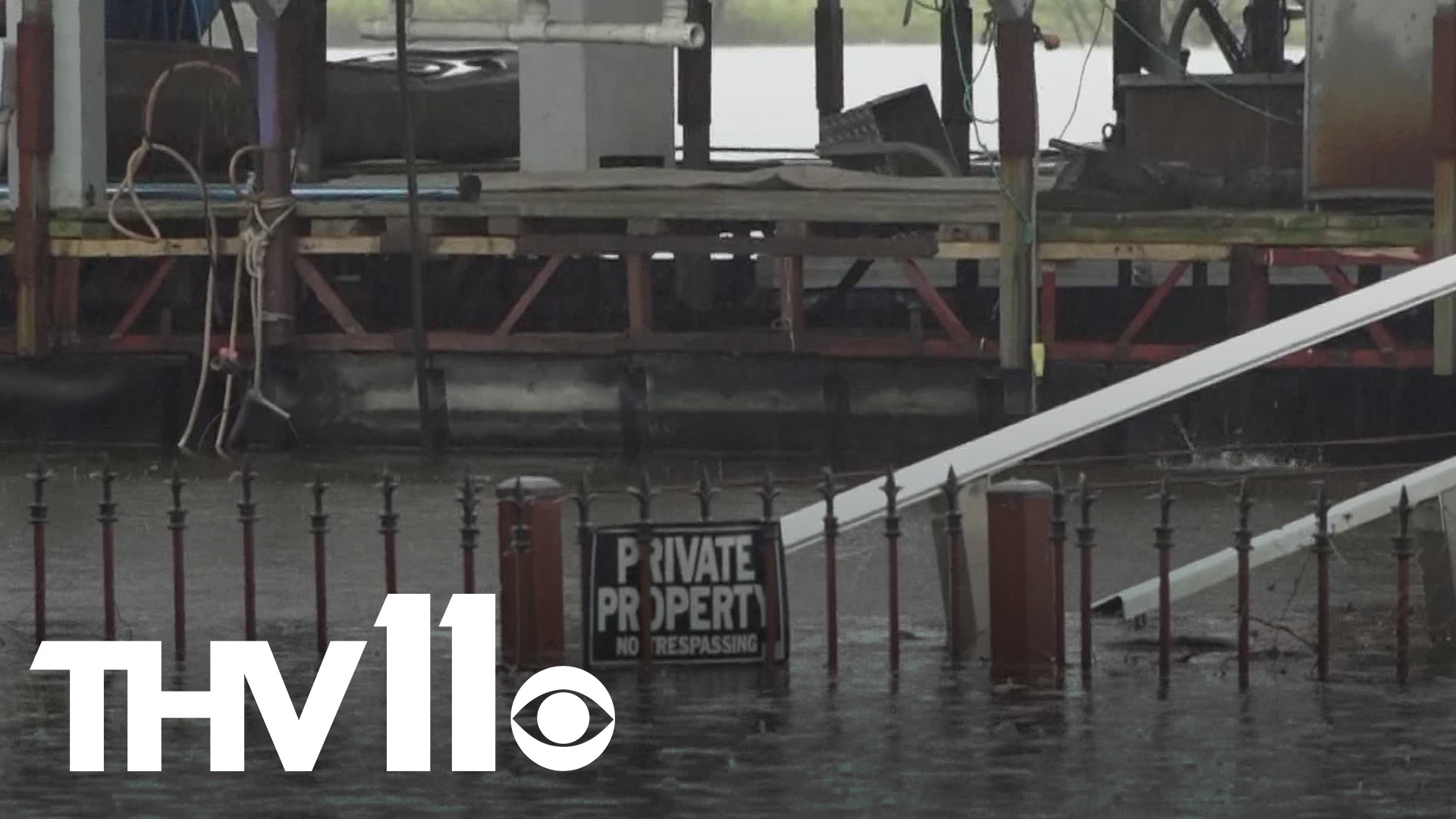 JEFFERSON COUNTY, ARKANSAS, Ark — The Jefferson County Sheriff's Office issued a warning to residents Thursday, making them aware of flooding that could occur along the Arkansas River.

Jefferson County Sheriff, Lafayette Woods, says that the river reached flood stage levels of 31.6 feet on Thursday, which is higher than normal.

Flood waters have a tendency to quickly rise, which could cause it to become life-threatening.

Residents who live in the affected areas were advised to begin making preparation for the rising water levels.

"Sometimes they want to wait it out," Woods said.

"We discourage against that because obviously again property is not valued. You can replace property, but you cannot replace a life."

Cedric Hunt says he couldn't relax in Regional Park on Saturday, as the area was on the list for local impacts.

"It was flooding at the river down at Regional," Hunt said.

"They were going to shut down the whole park because of the river rising. It's not supposed to crest until today," he continued.

Jeremy Gipson mentioned that he's acclimated to this sort of weather and that he is optimistic about staying safe.

Sheriff Lafeyette Woods had a message for citizens and wanted to remind residents of proper practices in response to flooding.

"It is vital to know that you should never drive a vehicle through a flooded area of a roadway as it only takes a minimal amount of water to force a vehicle off of the road," Woods said.

"People should call 9-1-1 if they need emergency assistance."

Water levels are expected to fall below the flood stage early Monday afternoon.