Summer school is in session and some students could not have class as a result of the classroom destruction at Wakefield Elementary in Little Rock. 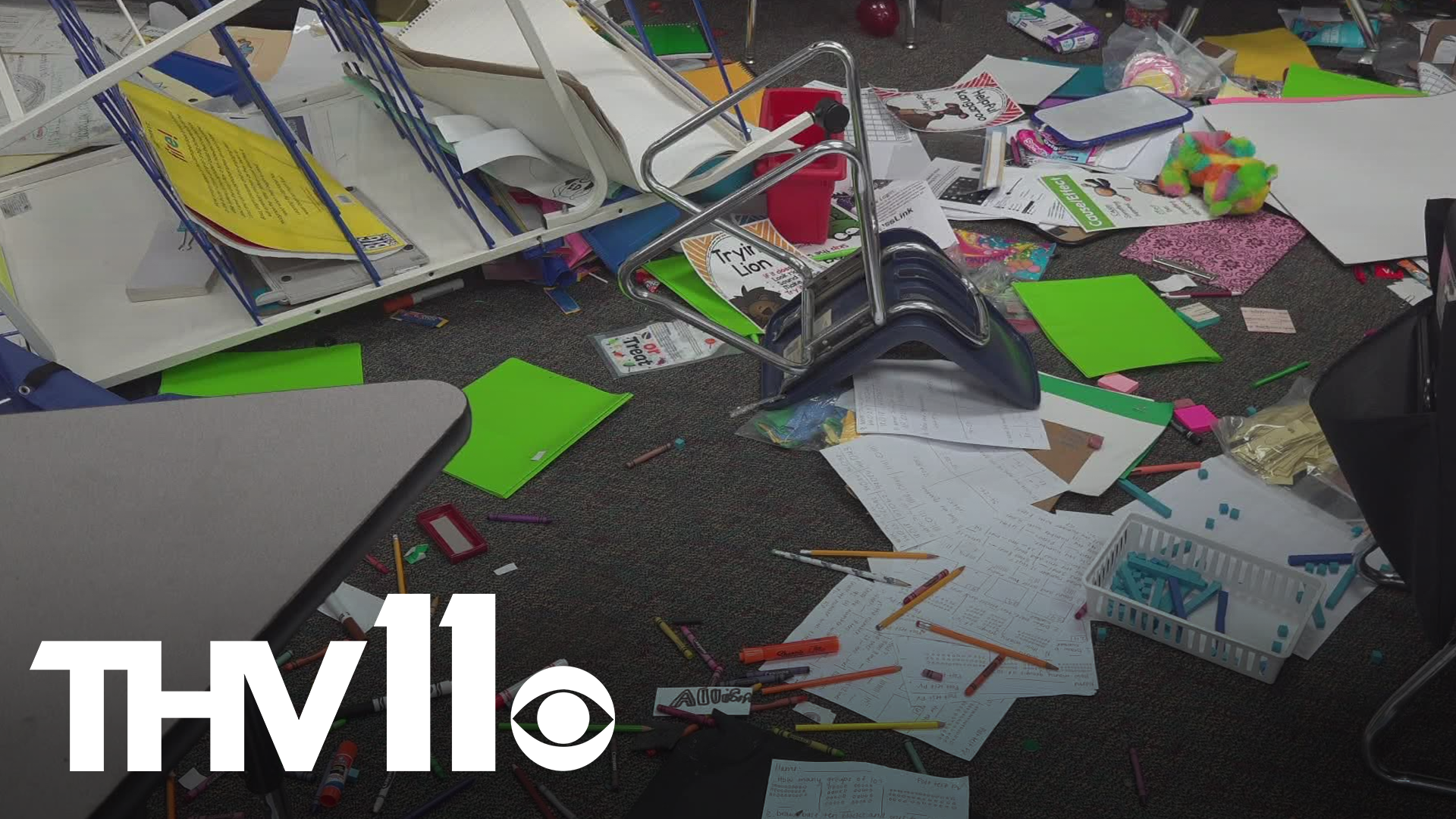 LITTLE ROCK, Ark. — Editor's Note: This article has been updated to include that a suspect has been arrested.

Wakefield Elementary sits in the heart of the Wakefield community in Little Rock. For students, it is considered a safe haven or a learning zone.

Over the weekend, the school was the target of vandalism for the second time in less than a month.

Les Taylor, principal of Wakefield Elementary, has been working at the school for 21 years and said he wants the destruction to his school to stop.

“This is something that does not happen at Wakefield Elementary,” Taylor said. “I’ve never seen anything like this.”

He said that when he saw the disaster left behind by the vandals over the weekend, he was disturbed.

According to Taylor, the school is usually quiet, but this is not the first time someone has broken in to destroy things inside.

“[In] 21 years, this has only happened twice and unfortunately this is the second time in a month that this has happened,” Taylor said.

On Monday, he had a chance to view the destruction for himself and one of the big questions he is asking is why.

“One of the ladies when she saw her room broke out in tears because, myself included, but the teachers and the students, they can't really understand why somebody would want to do something to the school,” Taylor said.

As of now, the only item reported stolen was a refrigerator from a teacher’s classroom.

He is asking for the public’s help in figuring out who is responsible for the mess that was left behind in at least three classrooms.

The school spent the day cleaning up and reviewing surveillance video.

According to LRSD Superintendent Michael Poore, a sixth-grader has been arrested at this time. No other suspect information is available.