Officials believe the water will rise higher before it goes down. 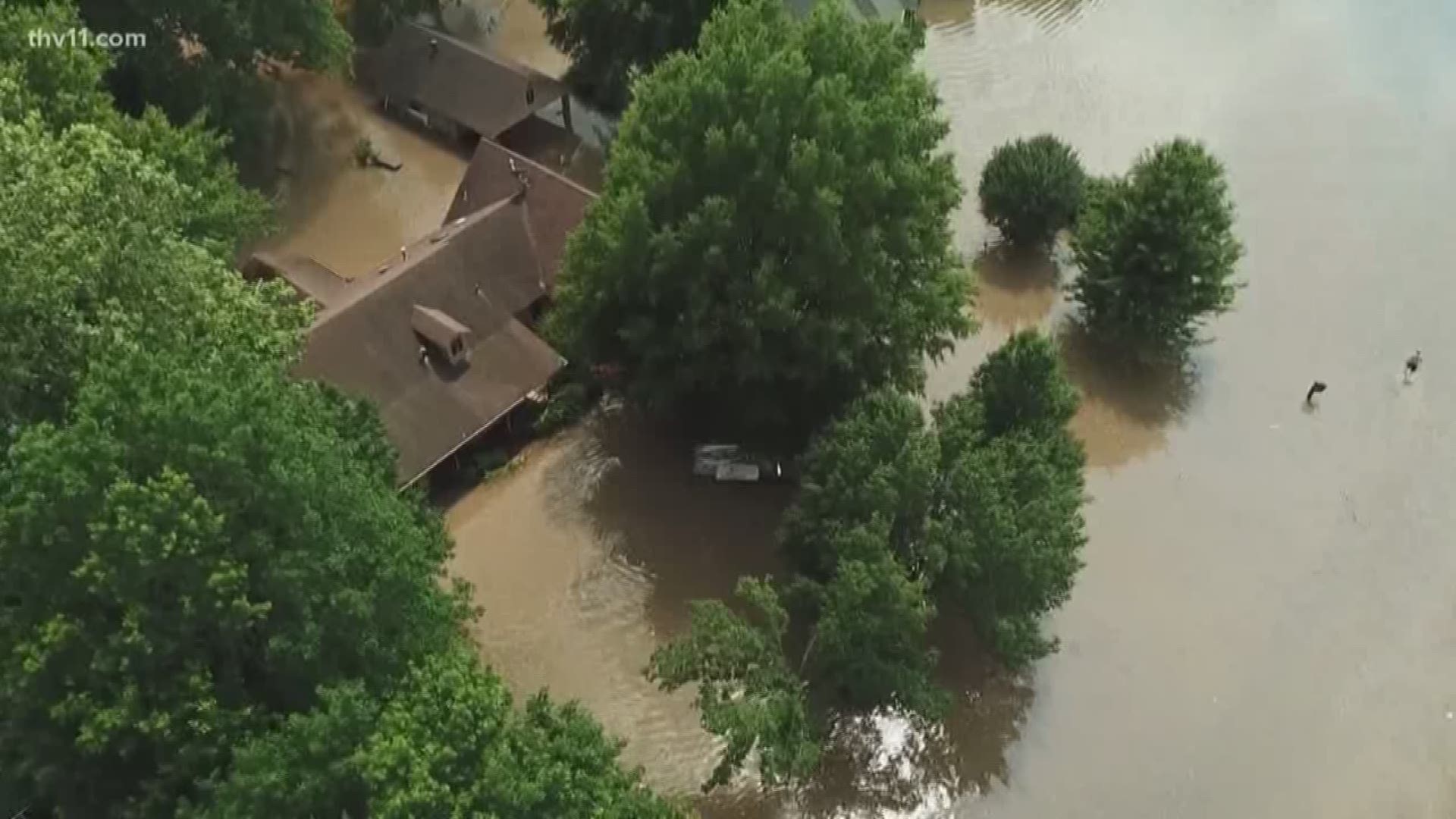 Houses in North Little Rock are underwater as the banks of the Arkansas River spill over into neighborhoods. Sandbags are often no match for the rising floods. Others are evacuating, fearing the water could spill into their homes.

“We’ve lived here for 12 years. Never been like this,” said Larry Campbell as he packed up his belongings into the back of a truck. “It’s tough. It’s really tough.”

Campbell is left with little more than a choice: what to save, and what to leave behind.

His house in Willow Beach is one of more than a dozen in the neighborhood that have been drowned by the floods. As the water rises, it brings with it pain.

“You have to just make a decision because you’re going to lose everything,” said Campbell, as he choked back tears. “I’ve worked hard for this place. It’s a very sad day in my life when I pull up and see my home underwater. But it’s okay. We’ll build back.”

In the midst of packing away valuables, neighbors use measuring sticks to measure mother nature’s wrath.

“These homes on the river’s edge have been sandbagged completely,” said Joe Smith, the Mayor of North Little Rock, as he toured around the neighborhood. “It’s going to get worse. I think we’ve got at least 10 more inches before we hit the crest and I’m scared to death of rain.”

Down the street at Dickey Stephens Park, water fills the parking lot as grounds crews repair a small sink hole that opened up on the field. Pumps are working overtime to keep the water out.

“If those pumps weren’t there, we’d probably have a swimming pool,” said Paul Allen, the General Manager of the Arkansas Travelers.

The city of North Little Rock does not believe that the levees will have any problems at this time. They say they are holding up well, and there are no concerns with them.