On the surface, Sheep Dog Impact Assistance may look like any other disaster response team. 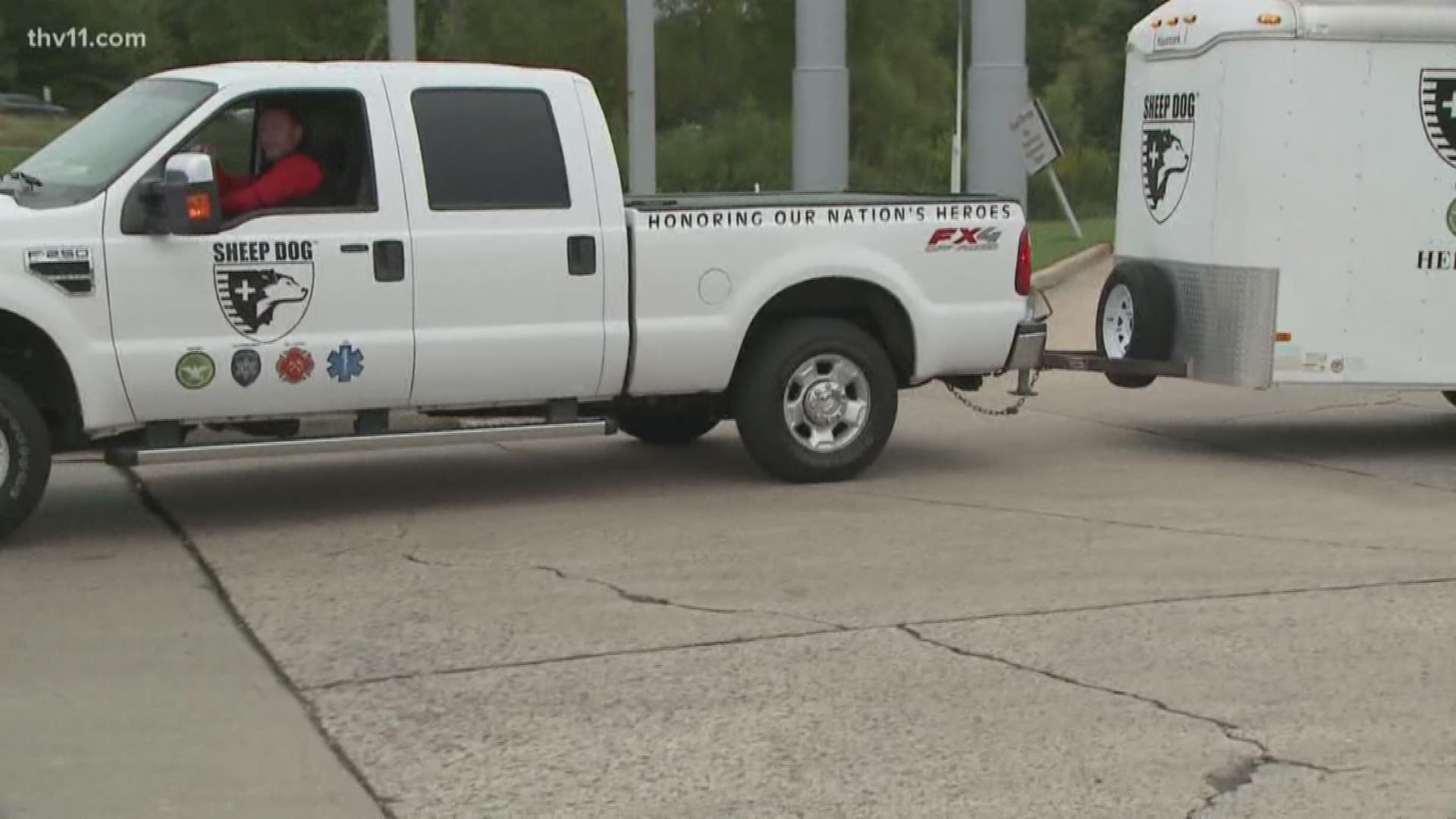 On the surface, Sheep Dog Impact Assistance may look like any other disaster response team.

But it's who makes up these teams that makes them unique. "A lot of them have been through traumatic events," said local commander Jeff Watts.

186 former military and first responders. "A lot of them have TBI, PTSD," added Watts. They're serving once again.

"What we try to do," he said, "is get them off the couch. Get them moving again. It's taking the emphasis off yourself onto somebody else."

Whether that somebody is in Sherwood, or out of state, these sheepdogs load up and get to work.

When the group isn't helping others, they're healing each other through outdoor adventures. "We do things that are bucket list items," explained Watts.

Items including scuba diving. Recently the group took a dive down to a memorial in Lake Ouachita that honors Arkansan Adam Brown, a US Navy Seal Team Six member, who was killed in combat.

It's the 'why,' and that's why Sheep Dog Impact Assistance is this month's Saluting Heroes.

The Sheep Dogs run entirely off donations. If you'd like to help or join, there's more information on their facebook page.