From an interactive giraffe exhibit to bringing razorbacks and red wolves back, the director believes the tax could take the zoo to the next level. 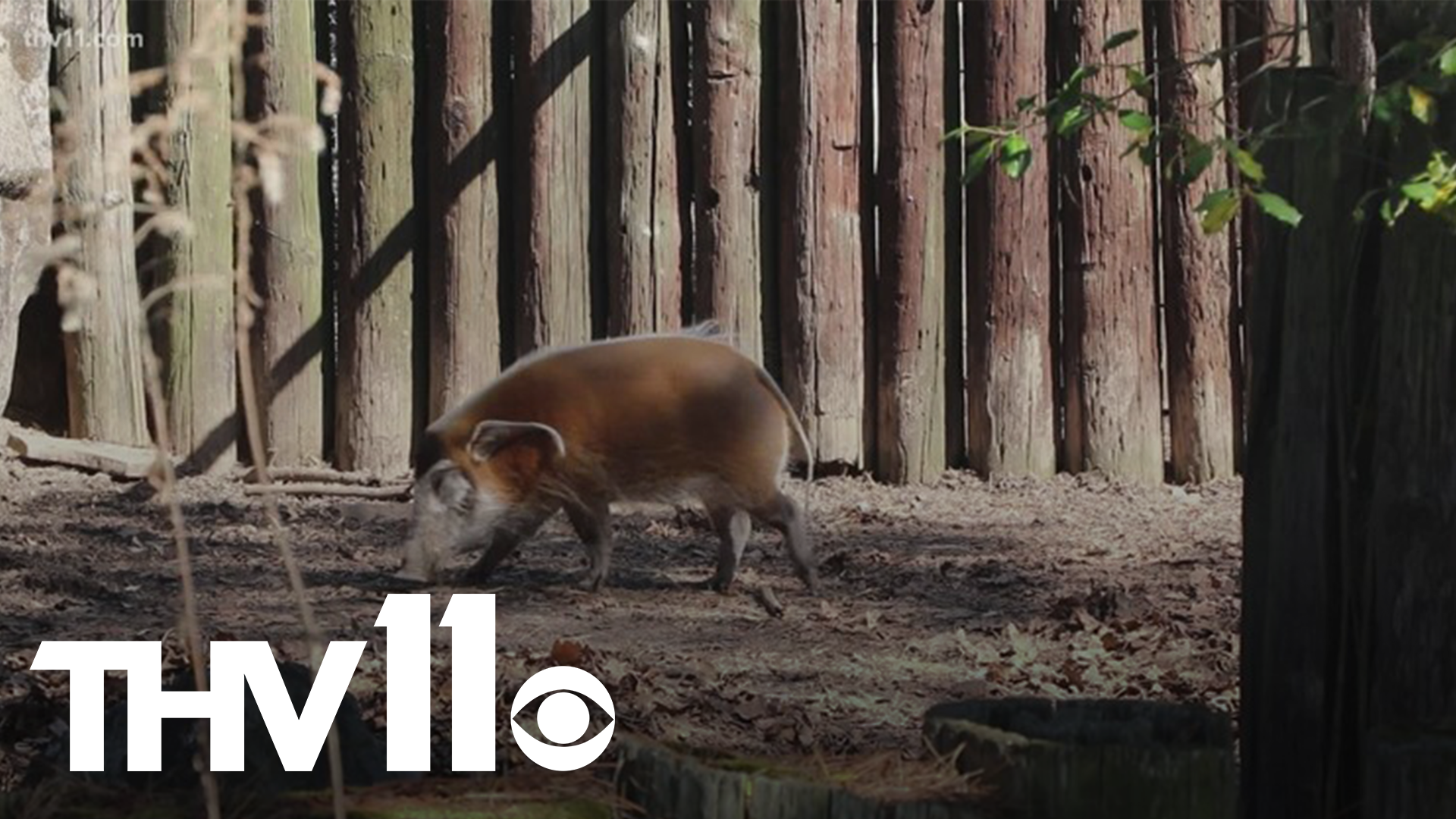 LITTLE ROCK, Ark. — This week we heard Mayor Frank Scott Jr.'s pitch of what a penny sales tax increase could do for the city. One of the top priorities is the Little Rock Zoo.

Administration said these extra dollars could lead to a major transformation, even bringing back the giraffes!

Five million dollars a year -- that's the money the zoo would be getting if the sales tax passes.

Zoo Director Susan Altrui said everything outlined in their plan comes directly from the people, even the little ones.

"What we're putting in front of the public is really what the public wants," she said.

From an interactive giraffe exhibit, where families would be able to feed the animals, to bringing back two of Arkansas's beloved mascots.

"We already have UAPB lions, we've already got the UCA bears, so why not have the red wolves and the razorbacks, too," Altrui said.

She said that's just scratching the surface of what the penny sales tax could do for the Little Rock Zoo.

The increase would bring in about $50 million over a 10-year period, according to Altrui.

"There's huge opportunity in this tax for us because it's going to allow us to be able to expand the zoo and do some really exciting things," she said.

Altrui said that money is important. It'll allow them to maintain the zoo's accreditation, do facility upgrades like redoing the front entrance and parking lot, as well as rebuilding some animal habitats, like where the bears and reptiles are.

"It re-does a large portion of the zoo and really updates the zoo to put it into more modern zoological standards," she said.

Altrui believes the pandemic made many rediscover the animals and outdoors.

Even with restricted capacity requirements, she said numbers are up 10% compared to 2019.

With these possible improvements, Altrui said it won't only transform the zoo, but also the city.

"It makes the zoo a true tourist destination and that sets Little Rock apart, it sets the zoo apart and it really takes us onto a next level," she said.

According to Altrui, this past spring break, the zoo sold out every single day, which is something she has never seen happen in all her years here.

Tuesday, April 6, the City Board of Directors will discuss the whole sales tax proposal.

The mayor is hoping to put it up to voters this summer.