Mayor Shirley Washington says keeping the city clean starts with the mindset of the youth and the Pine Bluff community. 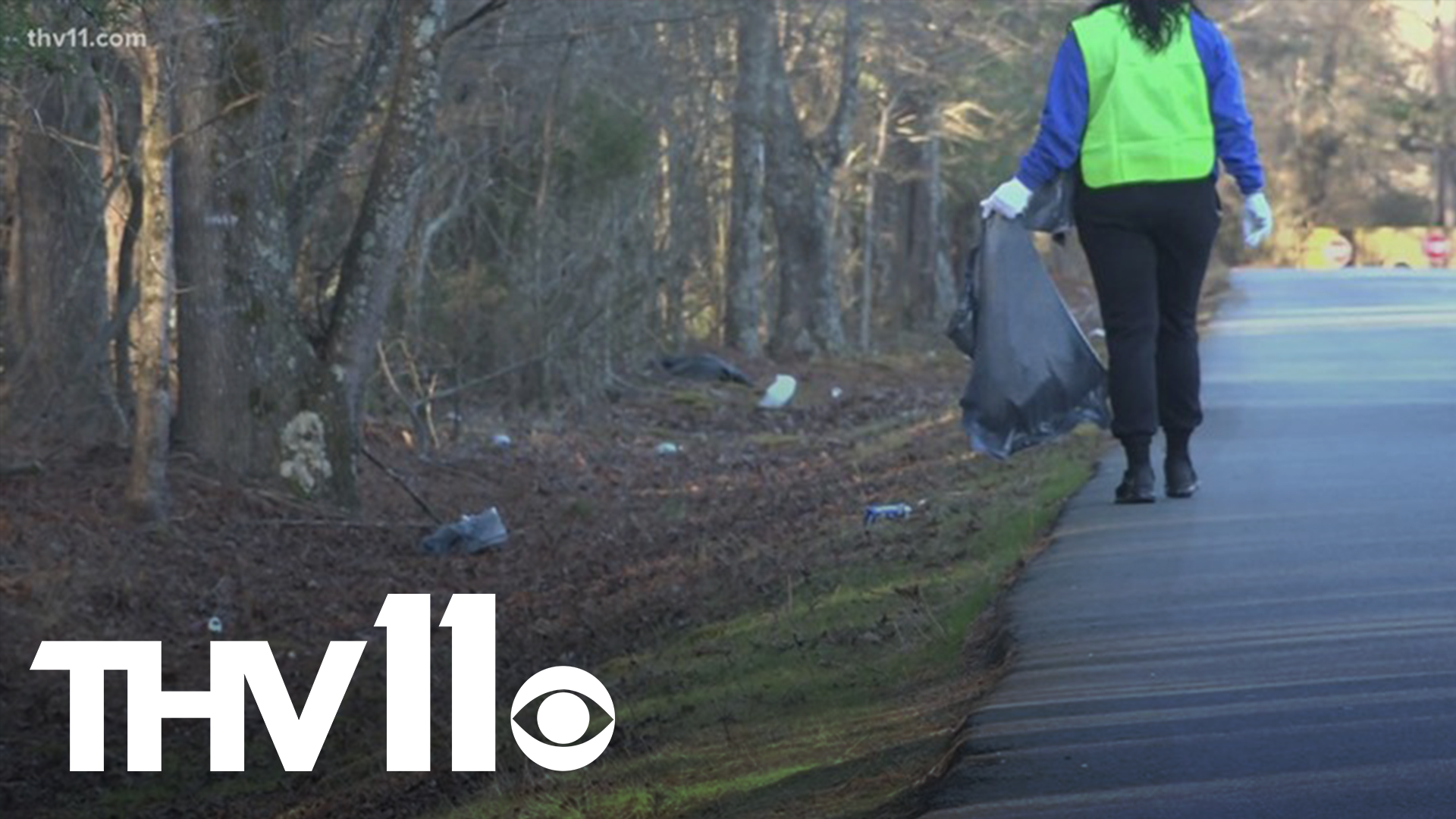 PINE BLUFF, Ark — Volunteers with organizations and groups like the Boys and Girls Club, local fraternities and sororities, and UAPB athletes from across sports teams participated in a Pine Bluff community cleanup for MLK Service Day.

They met up at Good Faith Carr United Methodist on Saturday morning to sign up for routes in the city to tackle trash pick-up.

"We've already scouted different locations in the city that are in need of cleaning, and so we put those on a map and put it above sign-in sheets to make it easier for our volunteers," said William Fells, special projects coordinator for the event.

After signing up, volunteer gathered supplies and drove out to sites.

Along with the church, Keep Arkansas Beautiful and the city's waste management teams collaborated on the cleanup efforts.

Pine Bluff Mayor Shirley Washington said the city has been holding cleanup projects since she's been in office.

"I just really want people to understand that it's the mindset of keeping your city clean. I want more people to stop littering because this is our home. It starts with mindset of our people and our young people," said Washington.

She thanks the volunteers for dedicating their time and even got an early start before the event to pick up some trash she saw in one area of the city.

Terrance Williams is a Pine Bluff resident who said he's seen plenty of areas that have been used like dumping sites for trash. He's happy that there's efforts to clean it up. He hopes people can keep it clean.

“It makes the neighborhood look real bad, considering other neighborhoods that look good. I think that more people should participate. If I would have known about it, I would have helped more myself. I believe in a clean environment," Williams said.