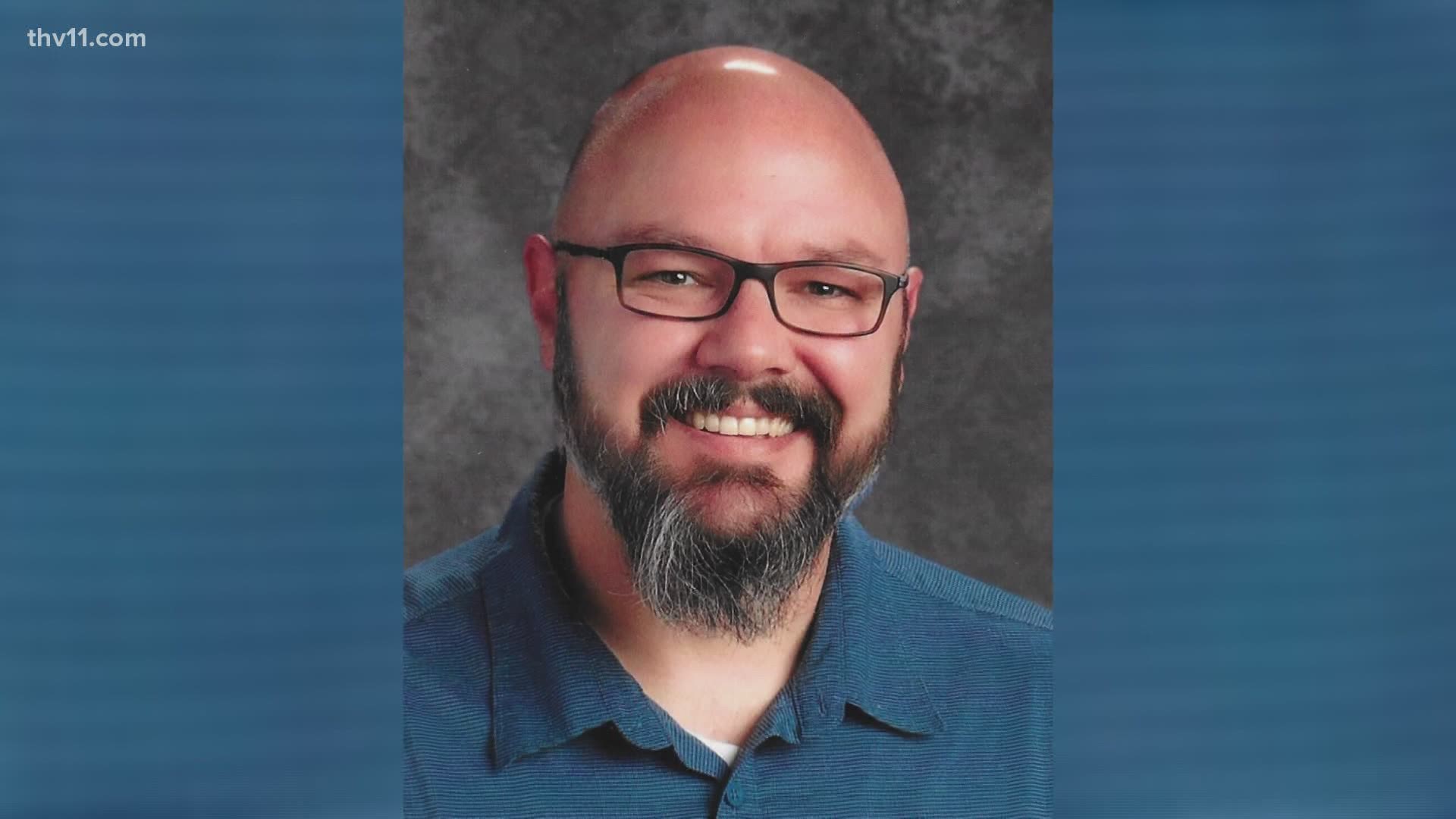 LITTLE ROCK, Ark. — Today, students and teachers at Little Rock Central headed back to the classroom after two weeks of virtual learning due to a COVID-19 outbreak.

After school, a few dozen students showed up at the Arkansas State Capitol because they're upset that one of their teachers is no longer on the job.

Over 3,000 people have already signed a petition fighting for Morris to keep his job.

Morris said the outpouring of support from students, parents, and the community has been surreal.

"I'm so just incredibly grateful for the support. It's been overwhelming to say the least," he said.

Jacob Morris was living out his dream job, teaching high school students for the past 11 years at his alma mater.

"When I got the chance to teach over there, I was so excited and I always thought I'd retire from there, but maybe, maybe not," he said.

Morris taught his AP students virtually since the start of school, in order to keep his family safe and help his own kids with their remote school work.

"I know some people think it's crazy, I just don't want to turn my kids over to other people right now in the midst of everything that's going on," he said.

But that all changed when Morris says the district told him he had to return to the classroom and teach in-person after he refused.

"I technically did resign, but I kind of feel like I was forced to. I wasn't given any real options," he said.

The district responded in a statement saying: "The Little Rock School District (LRSD) will continue to work within state and federal regulations with respect to employees who seek any form of leave. Unfortunately, the District is not able to accommodate undocumented health issues," and that "Due to privacy laws, we are limited in our ability to share information regarding specific personnel matters."

Morris said he hopes there's a way to compromise.

"I don't want to dismiss that this is easy for anyone. I understand that it's a mess. But I feel like we could make it work if we wanted to," he said.

Morris said he's heartbroken for his students, but he's holding onto hope.

Morris does want to keep his job and is happy to compromise with the district in any way other than exposing his own kids.