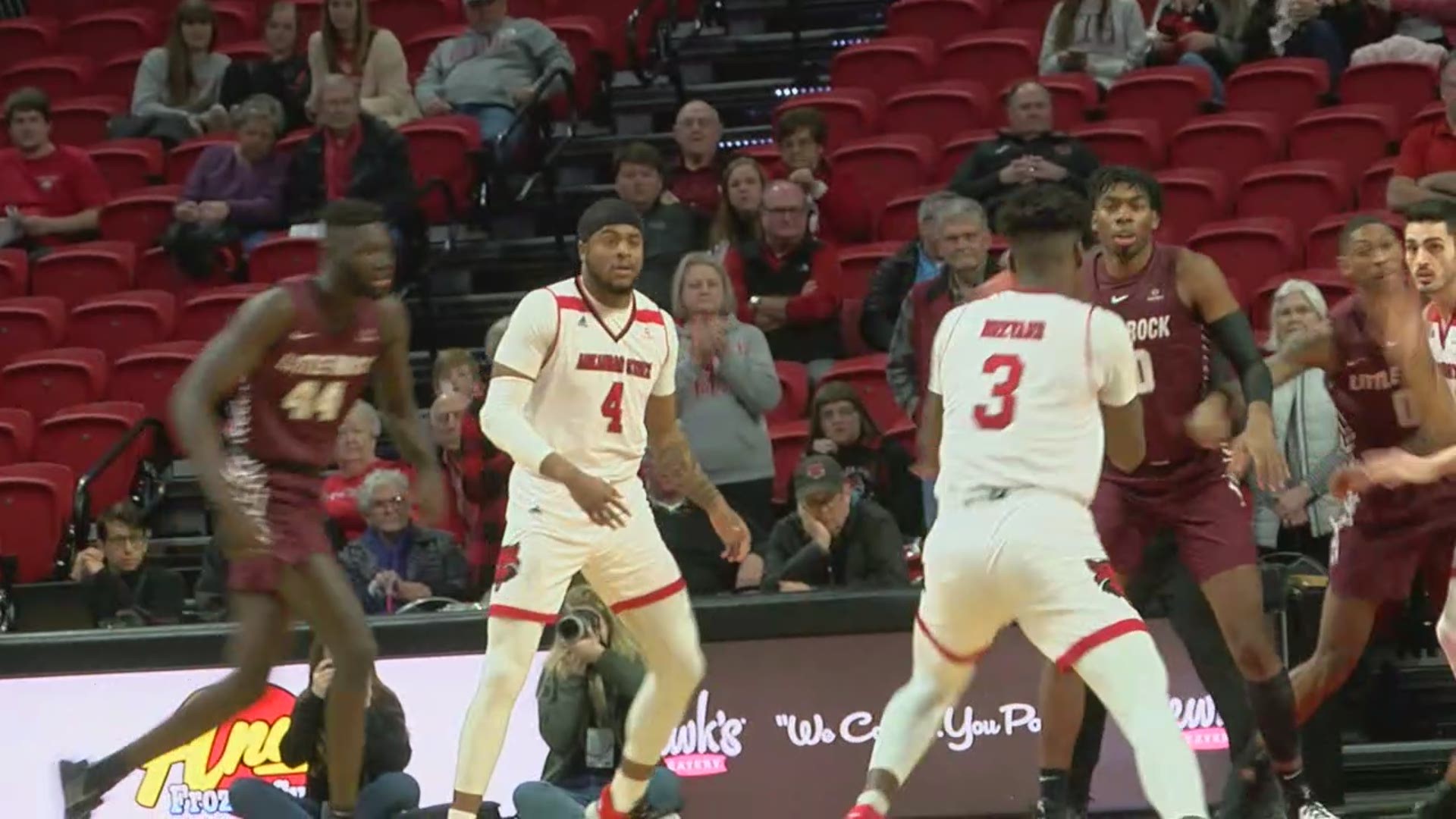 The 6-7, 215-pound forward is scheduled to join the program in mid-December and will become eligible for the 2021-22 season.

“Kamani comes from a winning program and he has been well coached in a really good system by Darrell Walker,” Musselman said. “He plays extremely hard and is one of the best free throw attempt players in the country. Kamani’s rebounding ability will be an asset and he will fit into our philosophy of trying to get to the free throw line.”

A native of Brooklyn, N.Y., Johnson was a third team All-Sun Belt pick in 2020 as he more than doubled his point output – going from 5.1 ppg as a freshman to 11.0 ppg as a sophomore – and his rebounding improved from 4.8 per game to 6.7 per game, respectively. Also, his assists total went from 37 to 68 from his first year to his second while his free throw percentage improved from 50.8% to 72.7%. He led the Sun Belt and ranked 26th nationally in free throw attempts in 2019-20 and ranked 49th in the NCAA in free throws made (144). Overall, he played in 58 games with 43 starts in two seasons with the Trojans, scoring 479 points, grabbing 337 rebounds and dishing out 105 assists.

The following is Johnson’s career bio at Little Rock.

2019-20 (Sophomore at UALR): Third team All-Sun Belt selection ... Two-time Sun Belt Conference Player of the Week (Jan. 6 and Feb. 4) ... Played in all 31 games with 28 starts for the Trojans, averaging 11.0 points, 6.7 rebounds and 2.2 assists per game ... Tied for fifth in the Sun Belt in rebounds per game and was second in offensive rebounds per game (3.0) ... His 144 free throws made ranked sixth in program history for a single season ... In the NCAA, ranked 26th in free throw attempts with a Sun Belt-best 198 and ranked 49th in free throws made (144) … Ranked second on the team with 207 total rebounds, leading the Trojans with 94 offensive boards ... Finished in double figures 15 times on the year with five double-doubles ... Set career-highs with 32 points and 16 rebounds, going 14-of-19 from the free throw line in the win at Arkansas State (Feb. 22) ... Notched 30 points with 13 rebounds, including a 14-for-16 mark at the free throw line, and five assists in the win over UT Arlington (Jan. 4) ... Ended the year with 24 points and nine rebounds at Georgia State (Mar. 3) ... Scored 19 points with seven rebounds in the win at Louisiana (Dec. 21) ... Notched a 17-point, 12-rebound double-double in the win over Alcorn State (Nov. 27) ... Registered his first double-double of the season at Memphis (Nov. 20), finishing with 10 points and 11 rebounds with four assists ... Nearly added another double-double in the win over Tennessee State (Dec. 10), finishing with 17 points and nine rebounds with five assists ... Closed the year with a season-high six assists, adding 12 points and six rebounds, in the win against Appalachian State (Feb. 1).

Prior to Little Rock: Brooklyn native that spent two years at Montverde Academy in Florida, leading the Cougars to a state championship ... Played his senior season at Holy Spirit Prep School in Atlanta, averaging 17 points, nine rebounds, three assists and 1.5 blocks ... He is the younger brother of former Kentucky center Dakari Johnson.