Moore is the 23rd Razorback to earn freshman All-America accolades since 1984. It is also the fourth consecutive year an Arkansas player has received the accolade 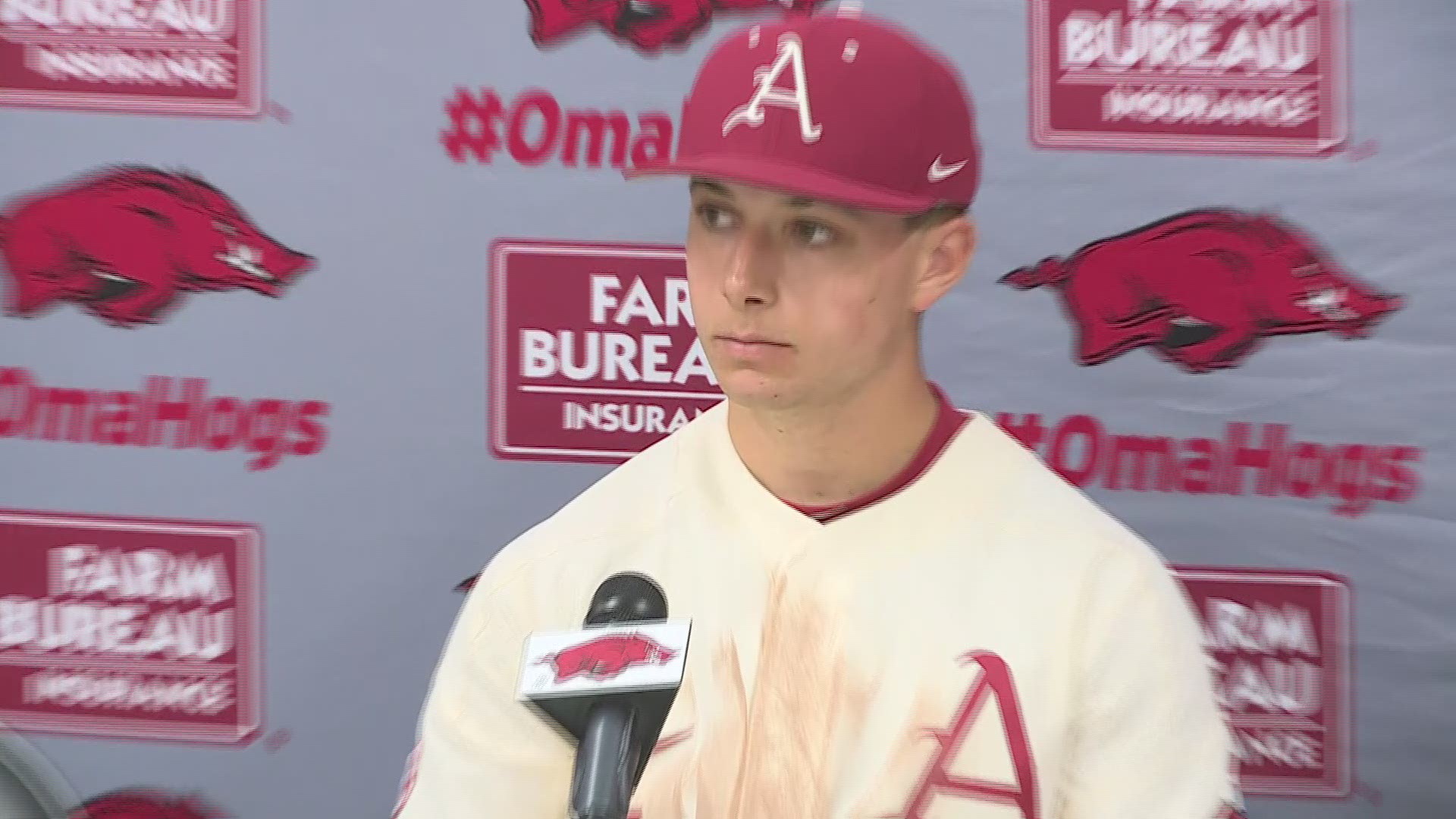 Moore, from Leawood, Kansas, is the 23rd Razorback to earn freshman All-America accolades since Jeff King in 1984. It is also the fourth consecutive year an Arkansas player has received the accolade, with Dominic Fletcher (2017), Heston Kjerstad (2018), Casey Martin (2018) and Connor Noland (2019) picking up the awards during that four-year stretch.

A mid-year enrollee, Moore reclassified in December 2019 to join the Hogs when school returned to session for the spring 2020 semester. He was immediately thrust into the lineup, starting all 16 games of the 2020 campaign, 15 at second base and one at shortstop.

After a tough opening weekend, Moore rebounded to go 8-for-12 against Gonzaga with a double and a homer. He tallied nine RBIs, four runs scored, four walks and two stolen bases against the Zags and had a hit in all four games, including multi-hit performances in each of the last three games of the series. He earned SEC Co-Player of the Week and Perfect Game National Player of the Week for his performance vs. Gonzaga (.667/1.000/.750), making him the first freshman Razorback to earn player of the week honors from the conference.

He would receive SEC Freshman of the Week accolades later in the season after another stellar showing against Grand Canyon on March 10-11. He put together a .556 clip at the plate with five hits in nine at-bats, as well as three RBIs and a run scored in the two-game midweek set to end the season.