'It's Hunting Christmas' - Deer season starts amid decline in hunters

There are efforts underway to spark interest among kids and teens. 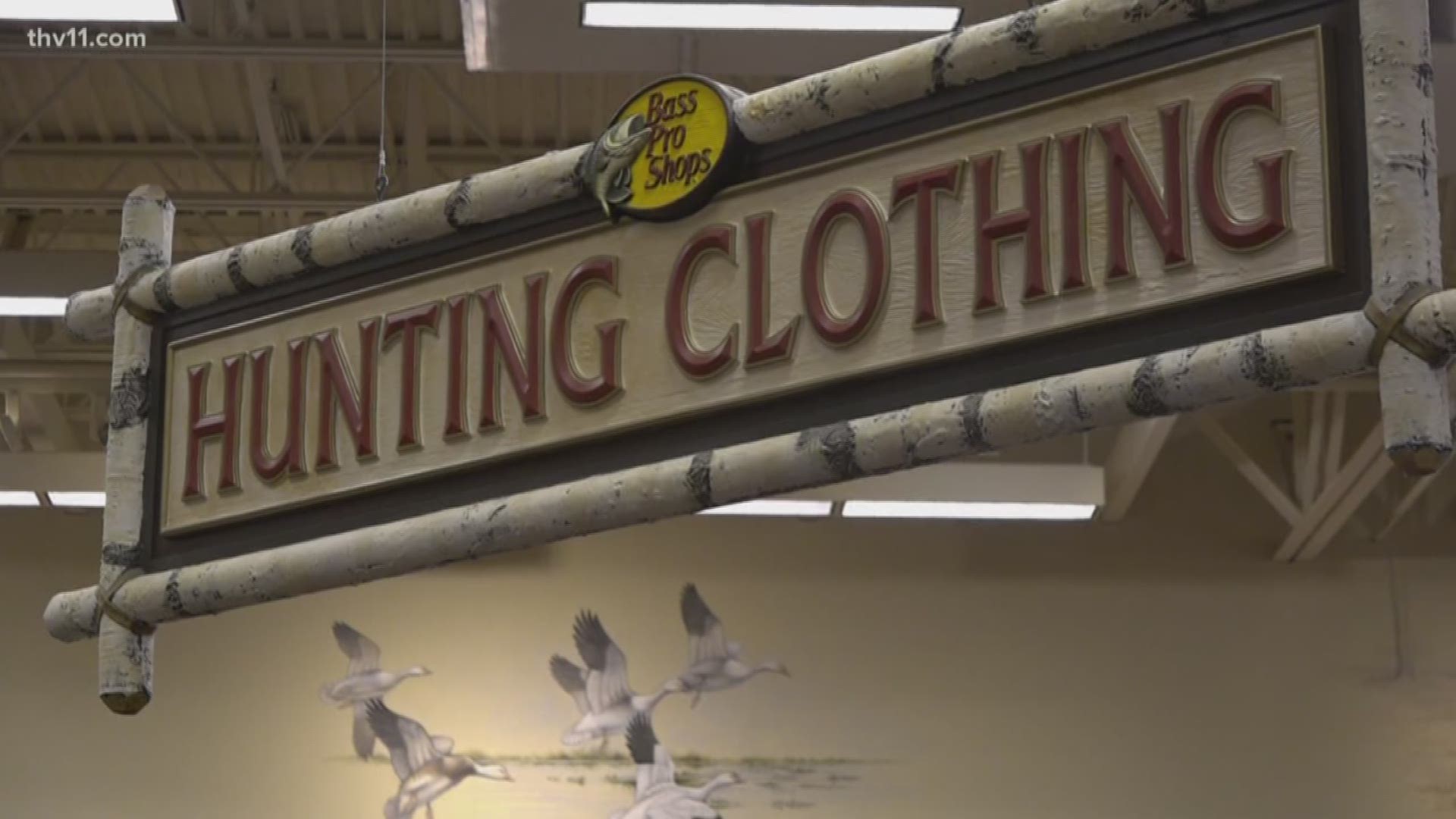 LITTLE ROCK, Ark. — The annual exodus to the deer woods is underway as Arkansas Game & Fish officials note an effort to reverse a decline in the number of hunting licenses issued in recent years.

"This is hunting Christmas," said Will Anderson, the general manager at the Bass Pro Shops store in Little Rock. "People are out and it's just such a tradition in Arkansas."

Anderson said the big holiday shopping season starts for him weeks before Black Friday when hunters prepare for modern gun deer season, which this year begins at 6:07 a.m. November 9th.

"One thing that we've had this year that has caused the people to come in is the temperature changes," Anderson said as shoppers loaded up on layers of camo gear and bright orange knit caps.

While Bass Pro offers shoppers a chance to get last-minute hunting licenses, the state says overall fewer people are getting them.

"I know it may be hard to believe because we're a rural state," said Brad Carner, the AGFC wildlife division chief. "But our hunter numbers are declining here in Arkansas."

The license count has gone down about 15 percent over the last five years, with one reason being fewer kids taking it up.

"I know a lot of people, they just think it's dangerous," said Luke Howard, a 13-year-old student from Ouachita High School in Hot Spring County. He and his father D.J. stopped by the store on the way to deer camp in East End.

"If you teach them the basics of firearms and how to respect them, then we've never had a problem once. Not a single problem," Howard said, stressing the high participation rate among kids in his son's school.

"Every boy in my grade got [the training]," Luke said. "We all had it and everything. We've all grown up with guns and hunted."

And that link to tradition is what avid hunters think will be key to reversing the declining trends.

"If we can just have the opportunity with them that we get with them, we can just talk about what it's like to be able to go out and truly create those lasting experiences," Anderson said.

Modern gun deer season starts a half-hour before sunrise every day from Saturday through Dec. 1st. Regulations for all 25 zones in the state can be found here.