"We're here to help each other build more communities, be friends, be mindful and be helpful with everybody." 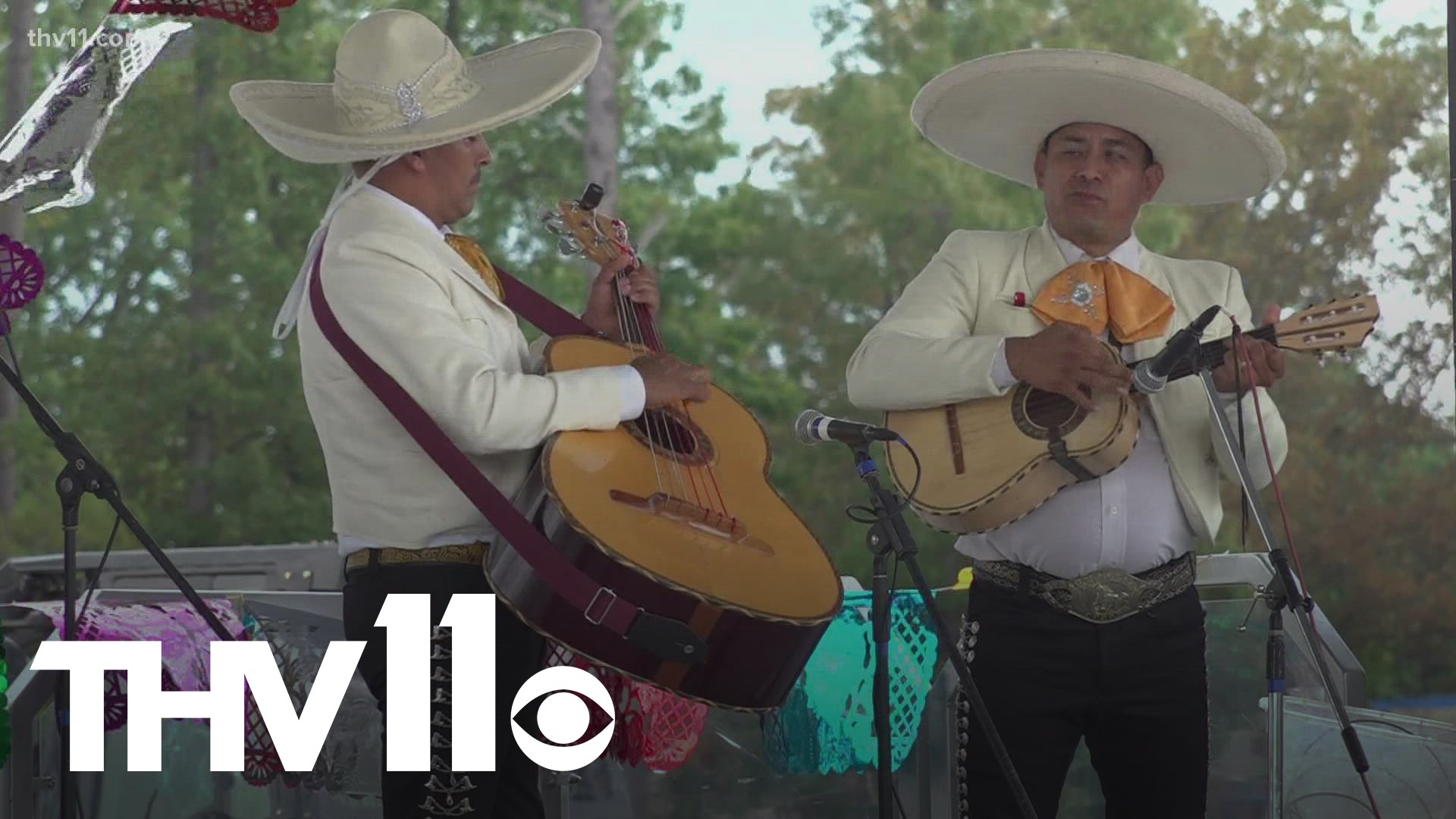 That community is feeling more like family – something Alfredo Gomez is trying to emphasize to his daughter.

"It's something you can't explain, you know?" he said. "The person that keeps you going: it's for the one I wake up for every morning and say, 'lets go,' even if you're tired."

Gomez's daughter is one of the most important people in his life. He never misses an opportunity to give some fatherly advice.

But above all the other lessons he gives as a dad: the most important is their heritage. Gomez is from Mexico, and he's proud of it.

Saturday was a chance to do just that. Multiple Hispanic countries were represented at a heritage and independence event at Plaza Frida in Southwest Little Rock.

"To open doors and make friendships and build into the community, so it's very important to open your heart and mind to all the cultures around you so you see this city is a beautiful melting pot of many different cultures," Jamie Taylor, an organizer, said.

So while today was a chance to pass on his heritage to his daughter, Gomez said that's not the only message here.

He said it's just as important for everyone to be able to come together.

"We're here to help each other build more communities, be friends, be mindful and be helpful with everybody," Gomez said. "To make stronger communities, to where we can grow up as a community, doesn't matter where you're coming from."