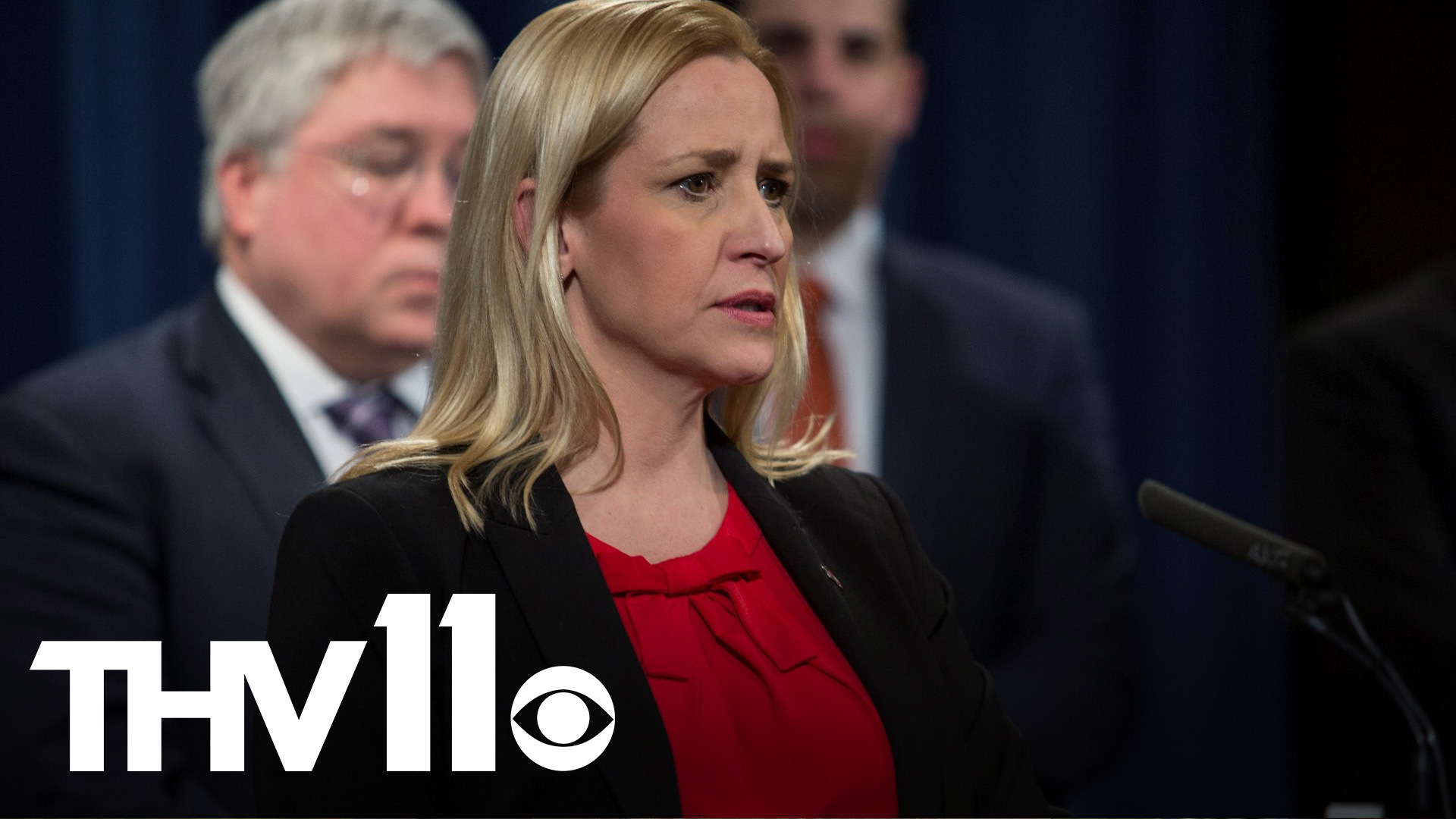 She joins Attorney General Leslie Rutledge and Lt. Governor Tim Griffin in the race for the Republican nomination.

News of Sanders running for governor doesn’t come as a surprise to many in Arkansas.

Political experts say she does come into the race as the front runner.

“She has got the name recognition that far exceeds Attorney General Rutledge and Lt. Governor Griffin,"  Roby Brock, with Talk Business and Politics, said. "She’s got a national network to play off of because of her time in the white house."

Griffin is not intimidated by Sanders joining the race, noting his military service and experience.

“I’m ready on day one. I won’t need any training wheels. I am more qualified than anybody else in this race or considering this race," Griffin said.

Griffin says Sanders made a mistake right off the bat in her campaign announcement video posted to Youtube.

“I will prohibit sanctuary cities and cut off funding for cities that deliberately violate immigration laws," Sanders said.

The Arkansas legislature passed legislation in 2019 that cuts off funding to sanctuary cities that don’t cooperate with federal immigration authorities.

Something Griffin was quick to point out.

“It’s just an example of she’s not ready," Griffin said. "She didn’t know that clearly, or she wouldn’t have put that in there."

Meanwhile, Rutledge is banking on what she calls a proven record of accomplishments.

“She did a beautiful job answering questions behind a podium, but I’ve been making decisions behind the desk for the last six years on behalf of millions of Arkansans," Rutledge said.

Even with challenges in her path, Sanders is branding herself as a fighter, something political experts are taking notice of, and although it’s early in the race, they say it will be a slugfest.

“We’ll see if Attorney General Rutledge and Lt. Governor Griffin can maybe put a few chinks in that armor and make that race even more competitive," Brock said.

Rumors have been swirling for months that State Senator Jim Hendren will also be running for governor.

He told 5NEWS in a statement that says in part, "I still see a need for a candidate to represent common sense, reasonableness, and civility. I will be deciding soon if I will attempt to be that candidate and what my campaign to represent those in the middle would look like.”