More than 1,000 people came out to Southwest High School, where roughly 200 vaccinations were given and 550 backpacks were handed out. 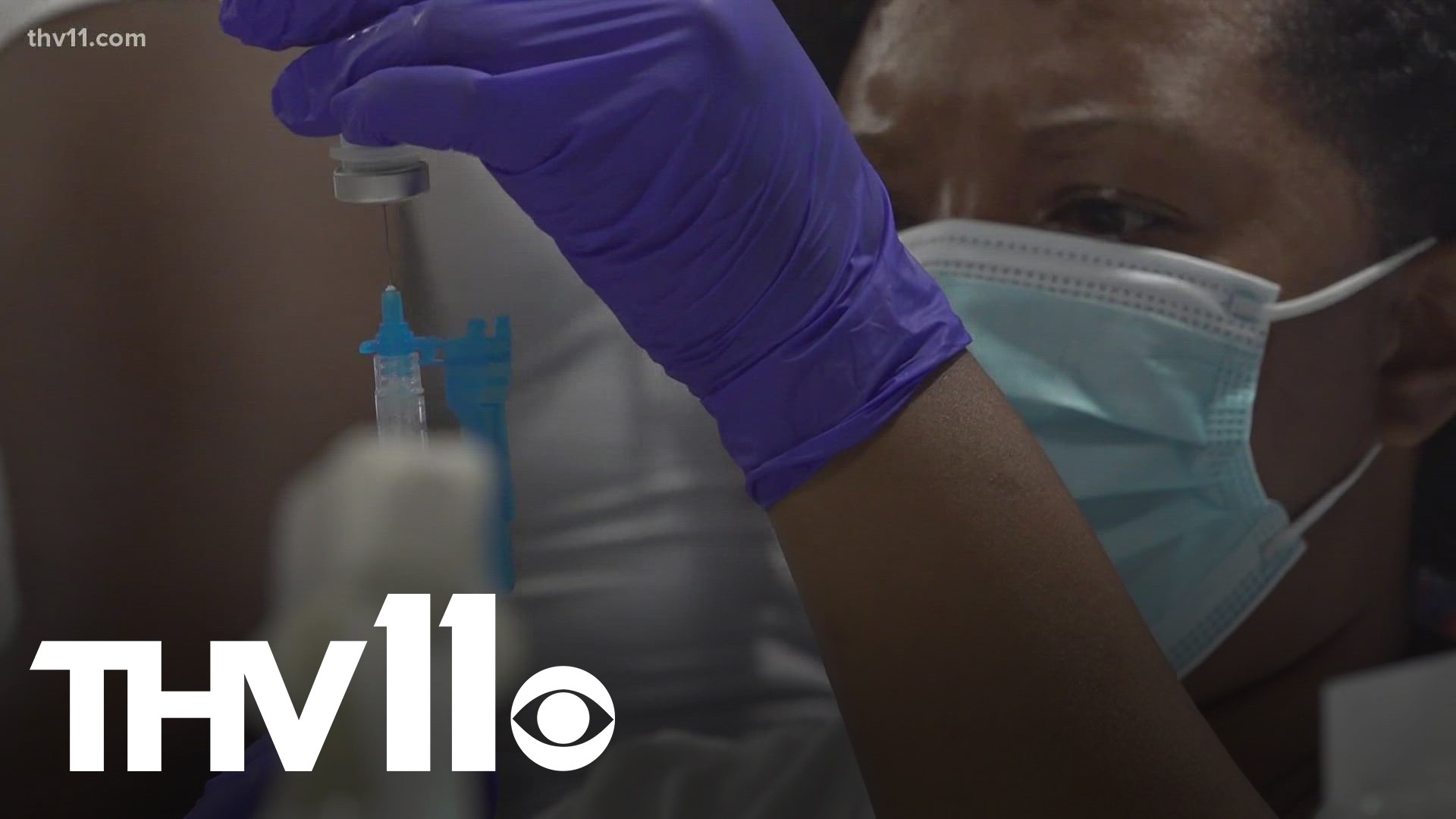 LITTLE ROCK, Ark. — In just 17 days students of Little Rock District head back into the classroom. Getting students vaccinated is at the top of the district's to-do list.

While vaccinations have trended down across the state, they saw a noticeable jump at Southwest High School today.

Over 1,000 people came out, with roughly 200 vaccinations given and 550 backpacks handed out.

"Just a collaborative effort of all the community entities coming together to make sure we're all safe and sound," Townsend said.

Clinics like this one that are community oriented have become more and more common. Dr. Jose Romero, the Arkansas Secretary of Health, said that's a good thing.

"It is extremely important to have it at an event like this where everybody is going to come to get a backpack or to learn about the school," he said. "Things like that, that is where you take advantage of the vaccines."

Townsend said seeing numbers like this are a good thing.

"We need high numbers, we need the numbers in the African American community as well as the Hispanic community to go up," he said.

This should help with that.

During a press conference Friday, LRSD Superintendent Mike Poore said roughly 10% of students aged 12-18 were vaccinated at clinics that the district had a part in.

"Vaccinating our children prevents them from spreading it hopefully as much as it would be without the vaccine. It also will prevent severe disease and we want to do that," Romero said.

Although today's numbers were good, Townsend said today was also a little slow – but that's ok.

He said progress is progress and they'll make sure vaccines are available for families even after students head back to school.

"Though it's slow, I'll take it," Townsend said. "So that's what's encouraging to me, to know that we are making progress one step at a time, one vaccination at a time."

Those who received a vaccine Saturday will have the second shot available in three weeks.