There have been four homicides in Pine Bluff this week alone, but local pastors are doing what they can to make sure the victims aren't forgotten. 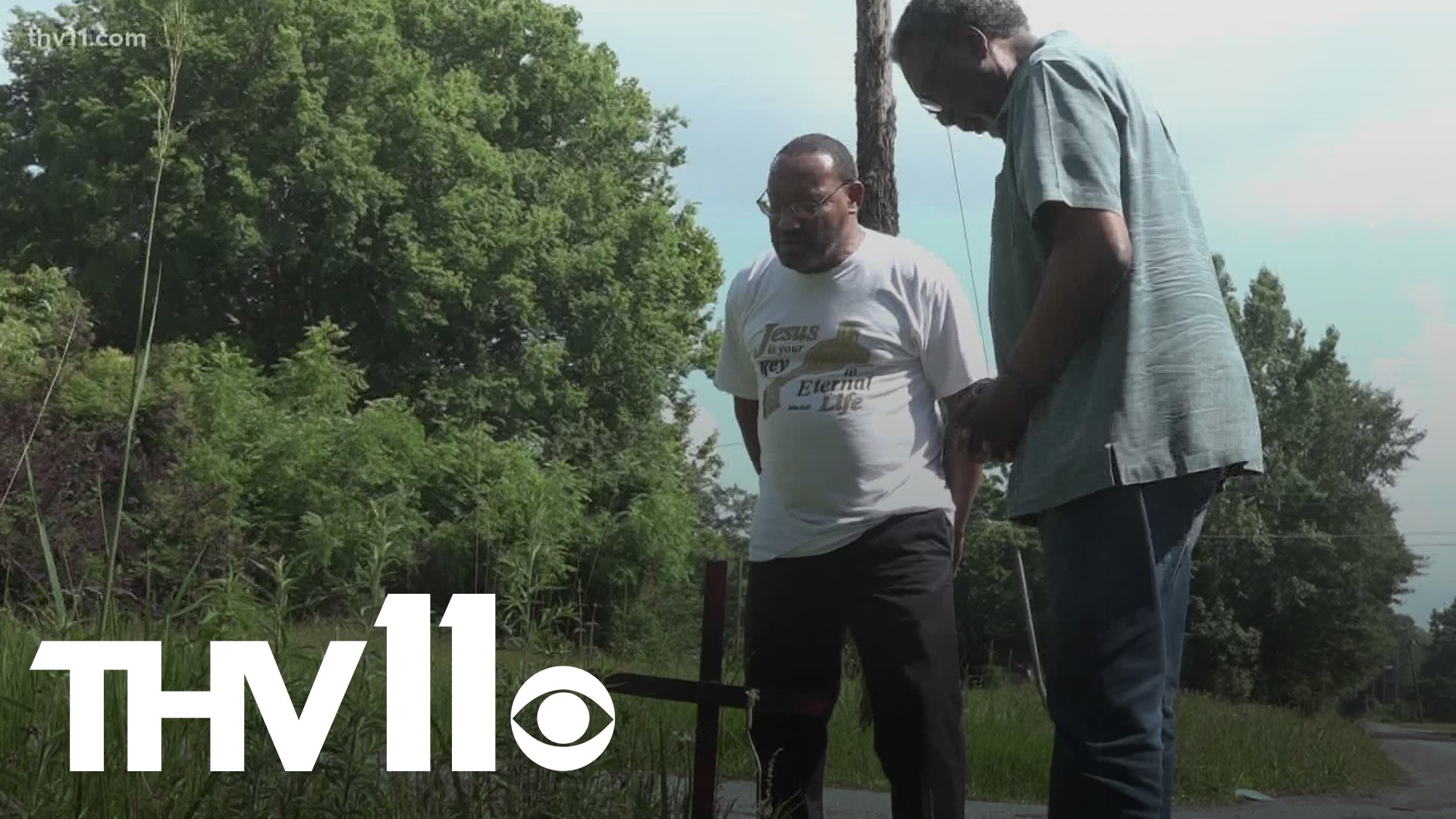 PINE BLUFF, Arkansas — There were four homicides in Pine Bluff this week.

Sunday, a 36-year-old man was murdered in his home. Monday, a 14-year-old girl was shot and killed in a car. Tuesday night, officers found 38-year-old Jason Anderson, lying in the street near 8th and Maple.

Vincent Peal, 48, was arrested and charged with first degree murder in connection to the incident.

"The blood is running in the streets here," Reverend Jesse C. Turner said.

Turner has spent his life preaching peace and hope. He is president of the Pine Bluff Faith Community Coalition Ministerial Alliance.

After the large of amount of killings throughout the week in Pine Bluff,  Turner is finding that peace and hope are harder to come by for some.

"It is disturbing. It is outrageous. It is something that begs for us as a community to step up," Turner said.

He is calling on fellow pastors in the area to nail down some solutions.

Turner, along with other pastors have made it tradition to place a cross where a homicide victim took their final breath. The pastors are hoping people notice the symbol of the senseless violence.

"It's too much of that going on and we don't want anyone to forget it. We have to take a stand," Reverend William Shaw Jr. said. "We have to do whatever we have to do to stop these homicides in our city."

The pastors invite the community to take a stand with them and discuss ways to end violence in the area. They will host a public meeting at 3 p.m. on Thursday, July 8th in the Donald W. Reynolds Community Services Center.