According to police, two men on scooters shot at a car in downtown Little Rock on Friday after allegedly blocking the roadway. 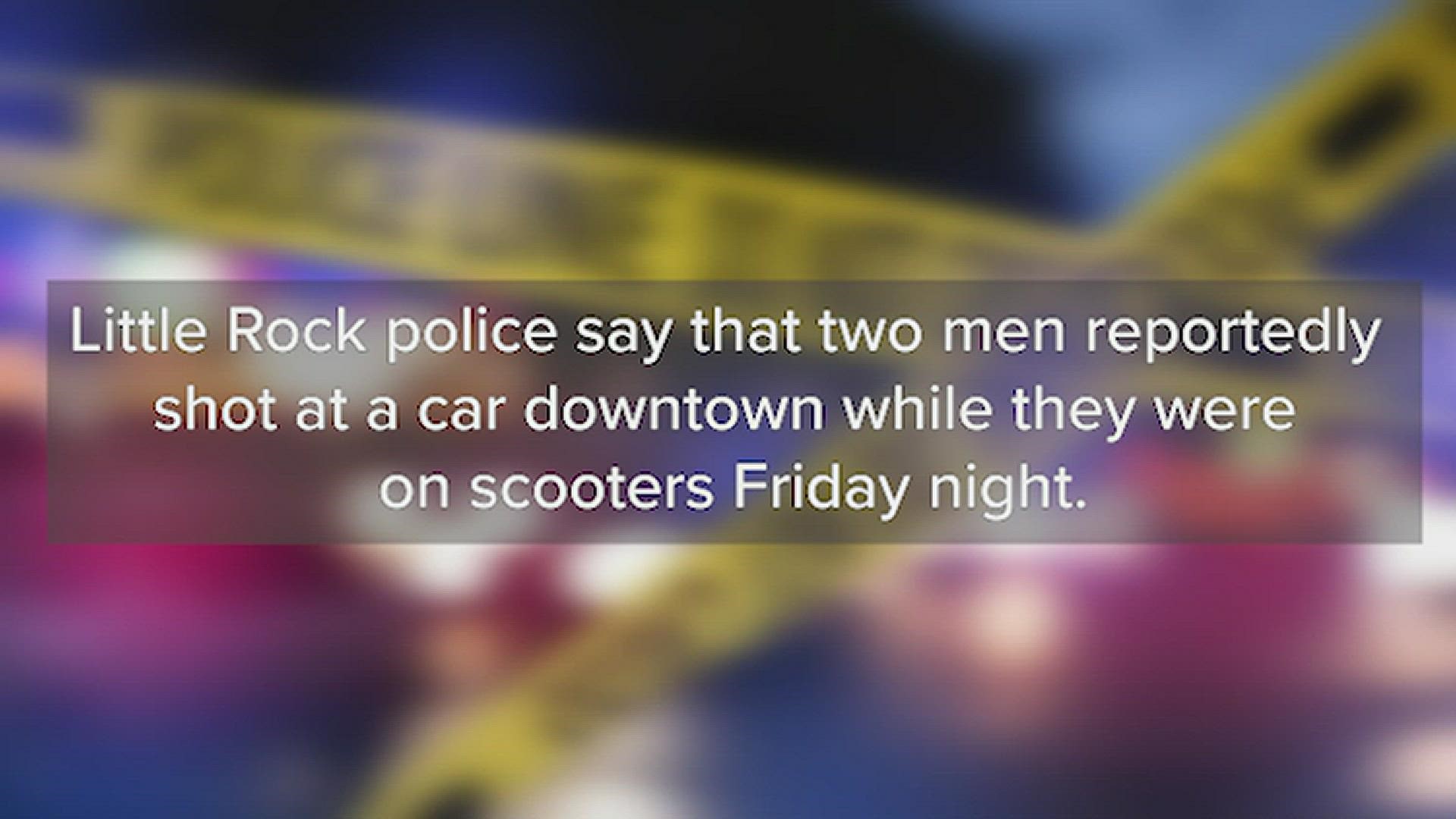 LITTLE ROCK, Ark. — Little Rock police say that two men reportedly shot at a car downtown while they were on scooters Friday night.

According to the police report, an officer was flagged down the corner of Capitol and Scott by a driver who said two men on scooters shot at his car near 7th and Cumberland.

The victim said before the shooting occurred, he confronted the two men on scooters who were allegedly blocking the roadway.

He said that's when he saw a "red laser pointed at him" and got back into his car. According to the police report, the victim said four to five shots were fired.

Police found three bullet holes in the left rear of his car and two bullet fragments inside the trunk.

Eight shell casings were found near the intersection of 7th and Cumberland.

No injuries were reported.