"I love it. No one has an excuse. You can just drive-thru," said one voter, who chose the drive-thru due to personal mail delays and COVID-19 concerns. 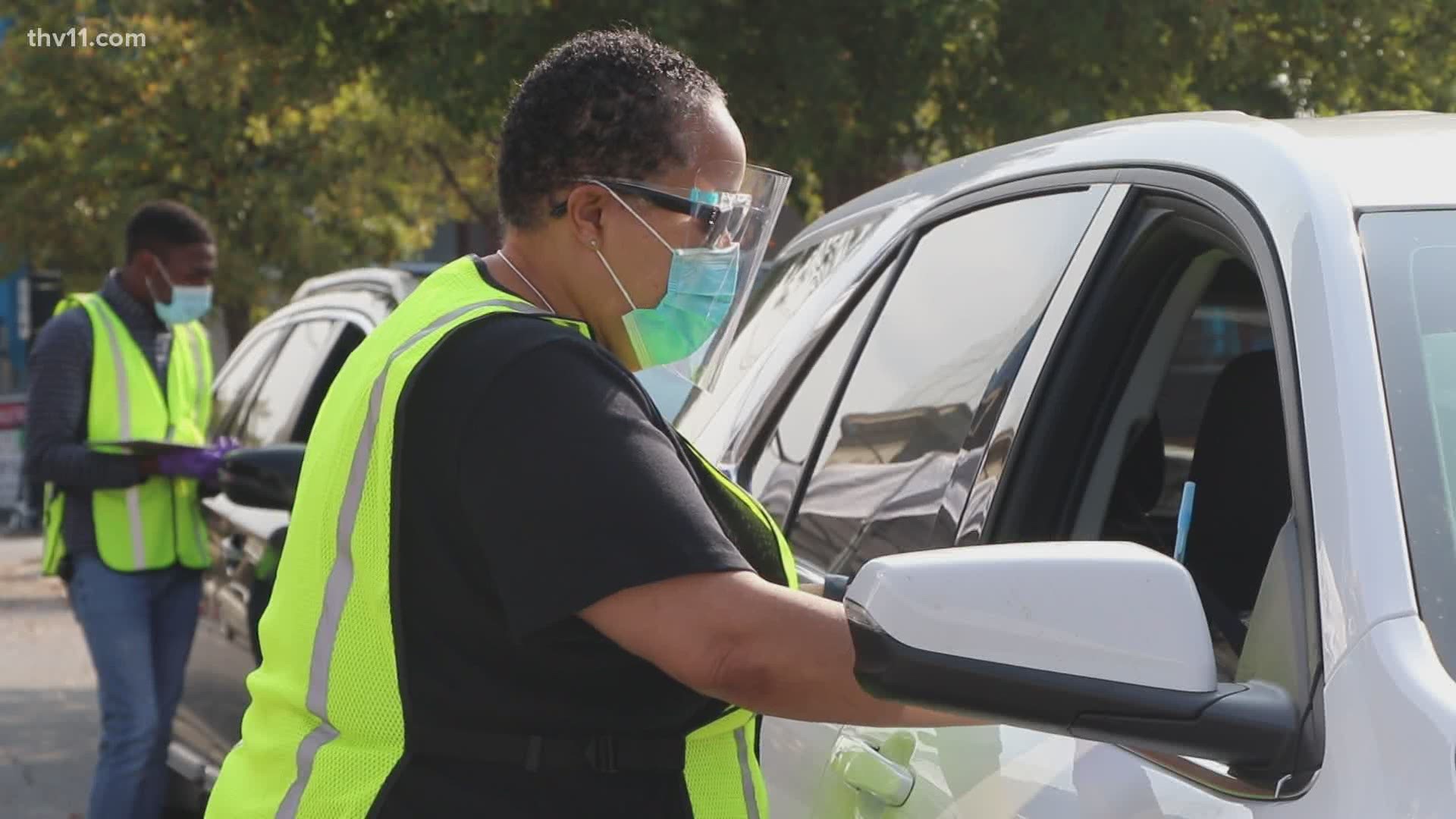 Lines of voters stood outside and sat in their cars waiting to cast a ballot.

There was a steady flow of cars Monday and Tuesday on 2nd street, behind the courthouse, at the absentee ballot drive-thru.

Voters said they believe this was the safest place this year to make their voice heard.

"I love it. No one has an excuse. You can just drive-thru," said Ava Caradine, an Arkansas voter.

Voter after voter casted their ballot Tuesday from the comfort of their cars.

This followed a turnout of about 500 who rolled through on day one of early voting, according to Pulaski County Clerk Terri Hollingsworth.

"They have everything sealed and filled out, so all they have to do is sign their name and show us their ID and then we give them an 'I voted' sticker as their badge of honor and they move on," she said.

That "I voted" sticker symbolized a monumental moment for 21-year-old Miriam Hauer-Jensen.

"Today is the first time that I'm voting in a presidential election," she said.

COVID-19 concerns are what brought Jensen and her family to the drive-thru.

"It's a lot safer, so we'd rather do this than in-person early voting," she said.

Safety was the same reason Ava Caradine decided to vote absentee, but personal mail delays are what brought her behind the courthouse to drop off her vote by hand.

"Here just within the past month, there's some paperwork that I was supposed to receive on the 26th and it's saying it's still in transit and it's very important paperwork. The 26th of August," she said.

Caradine's absentee application is just one of the over 24,000 Pulaski County processed this year and Hollingsworth said there's more on its way with just two weeks away from Election Day.

"We had a stack like this yesterday, of ones that came in through the mail. So people are still requesting them," Hollingsworth said.

The last day to request an absentee ballot is Oct. 27.